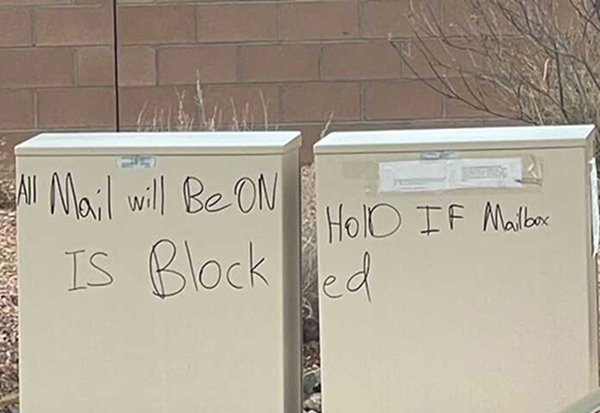 Last week, residents of Northern Meadows took to Nextdoor to complain about a written message left on their mailboxes.

The message reads, “All mail will be on hold if mailbox is blocked.”

Residents believe a mail carrier wrote the message, but others argued that anyone could have.

Some said the message looks “tacky” because it was written with permanent sharpie marker.

Other Nextdoor people think the concern should be about the discourteous parked car in front of the mailboxes instead and that people can be inconsiderate.

Many  on Nextdoor also expressed concern for the security of their mail after the writing was discovered.

“Mailboxes are protected by federal law and crimes against mailboxes (and the mail inside) are investigated by Postal Inspectors,” Rod Spurgeon of New Mexico United States Postal Service said.

According to Spurgeon, those who are convicted of destruction of federal property could spend up to three years in jail and be fined up to $250,000.

“As for carrier’s marking mailboxes, carriers may add a customer’s name inside the box to ensure delivery accuracy,” he said.

But that is all they are allowed to do, according to Spurgeon.

Spurgeon says if a customer witnesses someone tampering with a mailbox, they should get a description of the person(s), a description and license plate number of any vehicle, then immediately report the information to the police.
If a customer finds their mailbox has been tampered with, they can report the incident to the U.S. Postal Inspection Service via its online form at https://ehome.uspis.gov/mailtheft/vandalize.aspx. 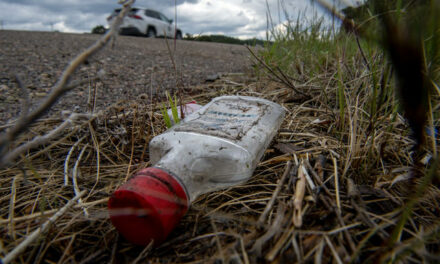 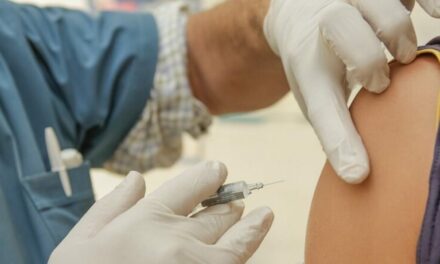