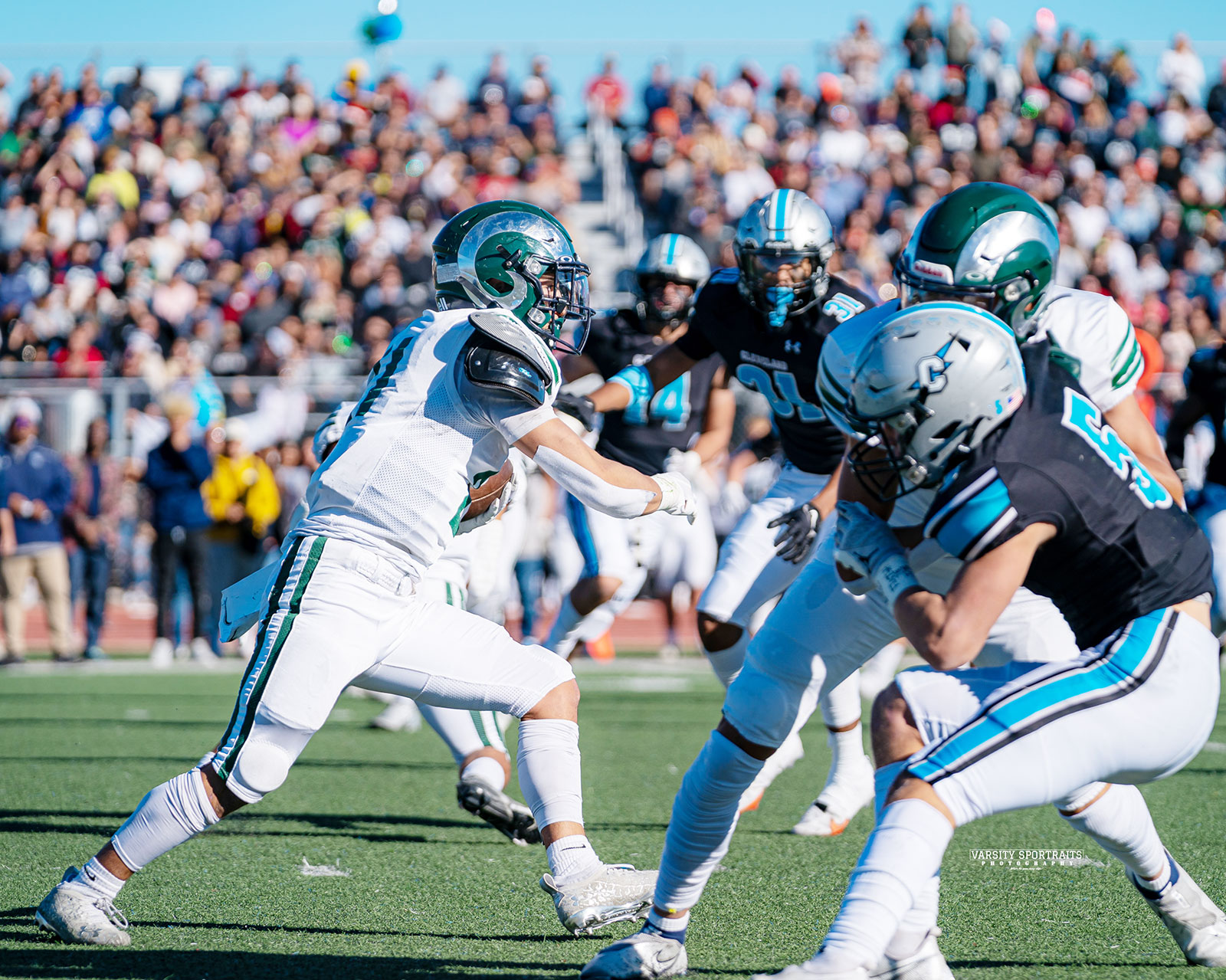 Zach Vigil looks for running room in a 2021 game vs. Cleveland. (Photo by Dean Gutierrez)

In its 37th year of honoring the nation’s best high school athletes, Gatorade on Dec. 7 announced Zach Vigil of Rio Rancho High School is the 2021 Gatorade New Mexico Football Player of the Year.
Vigil is the fifth Gatorade New Mexico Football Player of the Year to be chosen from RRHS, joining previous Rams winners Michael Love (2005), Troy Harris (2006), Josh Foley (2016) and Isaiah Chavez (2019).
The award, which recognizes not only outstanding athletic excellence, but also high standards of academic achievement and exemplary character demonstrated on and off the field, distinguishes Vigil as New Mexico’s best high school football player.
Now a finalist for the prestigious Gatorade National Football Player of the Year award to be announced this month, Vigil joins an elite alumni association of state award-winners, including Emmitt Smith (Florida), Matthew Stafford (Texas) and Christian McCaffrey (Colorado).
The 5-foot-10, 190-pound senior running back rushed for 1,553 yards and 26 touchdowns this past season, leading the Rams (9-2) to the Class 6A state championship game. A four-year starter, Vigil also caught three TD passes and threw for another score. He concluded his prep football career with 3,050 rushing yards and 55 total touchdowns.
Vigil has volunteered locally with the United States Marine Corps Reserve’s Toys for Tots program and the Senior Olympic Games. He has also donated his time as a youth athletic trainer.
“Zach is always willing and committed to putting the team first,” said Gerry Pannoni, Rams head coach. “Weekly, we challenged him and added to his responsibilities, both as a player and a leader, and he continually rose to every challenge.”
Vigil has maintained a weighted 4.05 GPA in the classroom. He has made a verbal commitment to play football on scholarship at the University of New Mexico next fall.
The Gatorade Player of the Year program annually recognizes one winner in the District of Columbia and each of the 50 states that sanction high school football, girls volleyball, boys and girls cross country, boys and girls basketball, boys and girls soccer, baseball, softball, and boys and girls track & field, and awards one National Player of the Year in each sport. The selection process is administered by the Gatorade Player of the Year Selection Committee, which leverages experts including coaches, scouts, media and others as sources to help evaluate and determine the state winners in each sport.
Vigil’s award gives the City of Vision’s high schools nine football winners in all; Cleveland High has had four: Cole Gautsche (2011), Gabe Ortega (2015), Dorian Lewis (2018) and Luke Wysong (Spring 2021). (Cibola High grad Alan Branch, who grew up in Rio Rancho, won the award in 2004.)
Through Gatorade’s “Play it Forward” platform, Vigil has the opportunity to award a $1,000 grant to a local or national organization of their choosing that helps young athletes realize the benefits of playing sports. Vigil is also eligible to submit a short video explaining why the organization they chose is deserving of one of twelve $10,000 spotlight grants, which will be announced throughout the year. To date, Gatorade Player of the Year winners’ grants have totaled more than $3.5 million across more than 1,300 organizations. 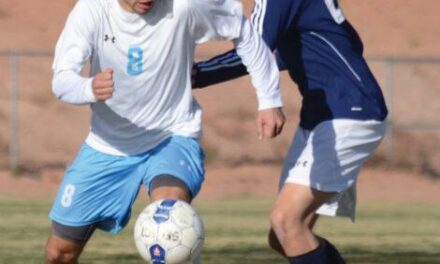