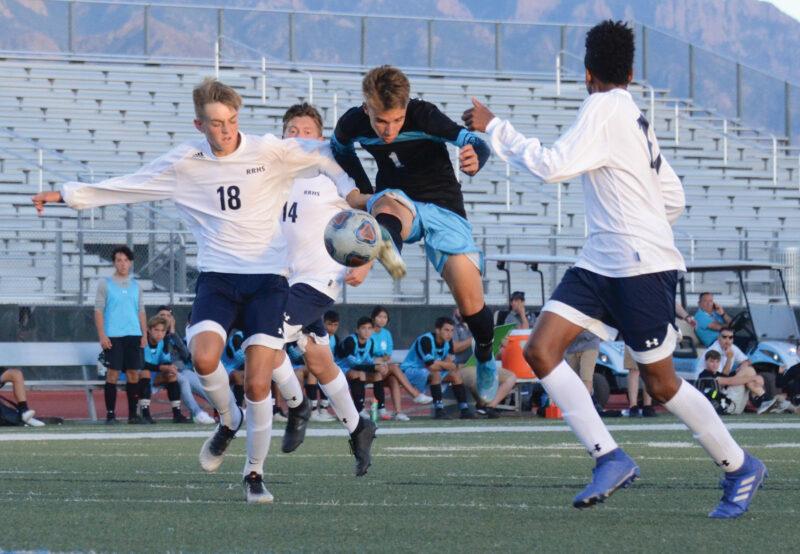 On the road or at home — it didn’t matter Wednesday, when the Rio Rancho High School soccer teams each pulled off one-goal wins over their Cleveland High counterparts.

The victories gave the Rams a leg up in the District 1-5A standings.

In the 4 p.m. game at RRHS, the Rams (7-6) never trailed, thanks to a goal in the game’s second minute by Sierra Martin, who then made it 2-0 with a goal eight minutes later.

Josie Crump cut the lead to 2-1 in the final minute of the first half, and there was no scoring in the second half.

“It was a whole team effort,” RRHS coach Uwe Balzis said. “We all came out ready to go. They didn’t want to lose this game because it’s a home game.

“We scored some nice goals where their defense pays attention too much and we took advantage of it,” he said. “I think the last 15 minutes it was pretty even again. We even had another big chance there (with Martin coming close again).”

“Rio Rancho is playing a style that emphasizes their strengths, covers any weaknesses they may have, and will punish you for your own mistakes,” noted CHS coach Greg Rusk. “(It was) a tough discovery for us in the first 10 minutes.”

Hailey Howes was in goal the first half; Tessa Holderman was between the pipes the second half. Ashlyn Bartley went the distance as the Storm’s goalkeeper.

The Rams were at Volcano Vista on Saturday; this week, their lone game is on Saturday, when Cibola visits for an 11 a.m. contest.

The city series couldn’t be much closer: Through their first 27 meetings, the Storm have won 13, the Rams have won 12 and there have been two ties. The teams meet again at CHS on Oct. 12. 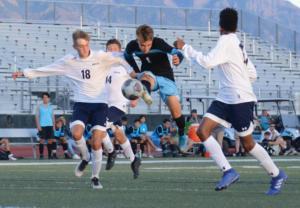 Cleveland High’s Nicholas Legendre (1) splits the defense, or at least tries to, in first-half action on the Storm’s field Wednesday evening.

Each team scored once in the opening half, as Tyler Russell gave the Rams a 1-0 lead in the 13th minute and Victor Andrade tied it for the Storm about five minutes later.

Ricardo Rangel-Valencia gave the Storm a one-goal lead, but the visiting Rams (10-2) got the tying goal from Tiger Gutierrez less than two minutes after he came off the bench and onto the pitch.

With overtime looming, Lamar Bynum tallied on a breakaway in the game’s final three minutes, ripping off his jersey — and getting a yellow card — in exultation, and the Rams held on for the 3-2 victory.

“They have such a talented team — they have talent at every spot,” Shepard said. “So, for us to come out with a victory is huge for us. That team might not lose another one all year long.”

Shepard, naturally, had “a game plan coming in, and the young men absolutely stuck to the game plan and played the way they were asked to play, and with heart. I’m super-proud of them — they did a fantastic job.”

The Rams’ game plan was altered shortly before kickoff; starting goalkeeper Milo Goetz was hit in the head by an errant shot during warm-ups and was replaced by Marc Silcox.

“We lose our starting goalkeeper two minutes before the whistle blows. … It’s the next-man-up mentality: We’re all in it together, we all do it. Guys that get two minutes play hard; guys that get no minutes play hard at practice to make us get better,” “Shep” said. “Everybody’s got a piece of every victory and that is a strength of this team is that we are a team.”

CHS coach Shaun Gill lamented the loss and said his guys had to get better for the next district game, played Saturday vs. Atrisco Heritage Academy at the APS soccer complex.

“Credit to them: They played hard and Shep had them revved up for this game,” Gill said. “They capitalized on their first two; I thought they were (due to) our mistakes. So, the point of emphasis for our guys is they can’t take a play off; they can’t make mistakes.

“We’ll find out what we’re made of,” Gill said, referring to the Sept. 28 game with the Jaguars. “We have to minimize our mistakes and capitalize on our opportunities when we’re in front of the goal. There’s nobody we can take a day off for; we have to have our ‘A game’ for the final month and a half before state.”

The Rams increased their all-time edge over the Storm to 15-7-3; the teams meet again Oct. 12 at RRHS.

This week, the Rams play Cibola at 3 on Saturday at the APS soccer complex, while the Storm entertain Cibola on Tuesday at 6:30 and then have Volcano Vista visiting on Saturday at 1 p.m. 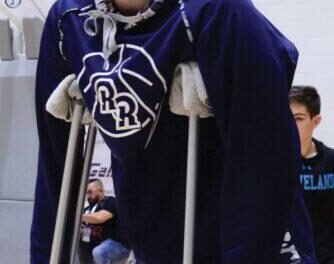