The Rams (17-1) subdued visiting Atrisco Heritage Academy (3-12), 11-1, in six innings, with starting pitcher Nick Di Gregorio (3-0) able to forget his ugly outing last Thursday, when he couldn’t find the plate and lasted only a third of an inning.

Di Gregorio scattered five hits and struck out six Jaguars while hurling five innings. Jack Mollner pitched a scoreless sixth, and the Rams wrapped up their ninth home win of the season with a tally in the bottom of the sixth – scored by Smith.

The Rams scored four times in the first inning, added two runs each in the third, fourth and fifth, banging out 13 hits in the rout.

Casen Savage extended his super-sophomore season, as he went 3 for 4; seven other Rams added a hit apiece.

The Rams, with 40 wins in their last 42 games, are home Wednesday at 4 p.m. to face Sandia in a non-district affair.

Vascon Smith had four more hits on Tuesday, making him 6 for 6 in his last half-dozen at-bats. 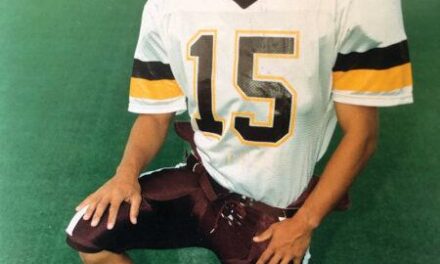