The happy Rams do their traditional celebratory jumping jacks near their appreciative fans after their Aug. 27 victory over Eldorado at Wilson Stadium. (Herron photo)

It’s often been said that defense wins championships, and although this year’s Rio Rancho High School football team has seven more regular-season games to play before it can start thinking about the postseason, the Rams D took the team to its second win Friday night.

Turning away visiting Eastlake from El Paso four times in the red zone, including once in the game’s final minute, when a Falcons touchdown and point-after would have meant a 14-13 loss for the Rams (2-1).

Rio Rancho’s offense was ineffective, with all of its points scored in the first half.

After Eastlake (1-1) fumbled the opening kickoff, junior quarterback Noah Nelson hit senior Mikey Wood on a 14-yard touchdown pass. The PAT missed, and that was all the scoring in the opening quarter.

The Rams’ second TD came on a 5-yard run by Nelson, and this time kicker Lexi Burt added the PAT.

Two big defensive plays helped keep the Falcons off the scoreboard in the first half,  on a first-quarter sack by Andrew Gustafson and  Jayden Paguio, and then on the second play of the second period, with Gustafson coming up with a sack and Paguio recovering the fumble he caused.

The Rams took the second-half kickoff and used just over six minutes of it on the opening drive, only  to have an Eastlake interception of a Nelson pass end that threat.

The Falcons then drove to the 2, only to fumble the ball in the end zone, where RRHS’s Diego Montaño recovered it.

The Rams went nowhere and had to punt. Eastlake drove down the field and was in the red zone for the second time, when Montaño made a key defensive play on a third-down pass that went incomplete and the defense tackled EHS quarterback Javier Ortega at the 5.

The Rams again went nowhere, and the Falcons drove back into the red zone for the third rime, only to see Vascon Smith intercept the ball.

The Rams, taking over on their own 20, allowed Eastlake its lone TD when a high snap went past Nelson and Logan Duran scooped it up at the 5 and went into the end zone. The PAT reduced the Rams’ now-precarious lead to 13-7.

The offense, was, though, and after a three-and-out, a Nelson punt gave Eastlake the ball on its own 45.

Five plays later, helped by a 15-yard Rams penalty, the Falcons were knocking on the door — first and 10 at the Rams 19.

Then, facing fourth down, a short swing pass came up short by maybe a foot, and Nelson only had to kneel twice to run out the clock.

“I’ve said it from Day One, that (defensive) unit is a freaking good unit,” coach Nate Pino said. “They made plays all night.

“We’ve done a good job, not giving up the big play, and when we do that, we don’t give up points,” he added.

In fact, the three touchdowns yielded by the Rams in their last two games have all come via offensive lapses — on a fumble return and a pick-6 in the win over Eldorado (See story at left), and the TD by Eastlake.

“We bent. but we never broke,” he said. “Offensively, I think we did some good things. … We’ve got to get better.

“We’ve got a defense that can win; we’ve got to catch up on offense.”

RAMifications: Injuries are often part of the game, and the Rams lost Wood when he broke his left collarbone; he’s been Nelson favorite target through three games.

… Organ Mountain visits Rio Rancho Stadium Friday at 7 p.m. in the annual Homecoming game. The Rams are 6-0 all-time vs. the Knights, who they trounced 61-7 at the Field of Dreams last season. All-time, the Rams are 18-4 in Homecoming contests, and have won 10 of the last 11.

… How reliable are the MaxPreps rankings? Although they’re pretty important to the NMAA when filling out the 12-team Class 6A postseason bracket, here’s an anomaly on that: Although the Rams had no problem beating Eldorado last week, they dropped from 5 to 8 while the Eagles moved up a notch after that loss, from 11 to 10.

… Former Rams All-State lineman and state heavyweight wrestling champ Grant Hermanns is back on the New York Jets’ this season again. The 2016 RRHS alum played the entire second half at left offensive tackle for the Jets in their 37-31 victory over the Giants in last Sunday’s final pre-season game for both teams. Hermanns, 24, is now 6-7 and 300 pounds. 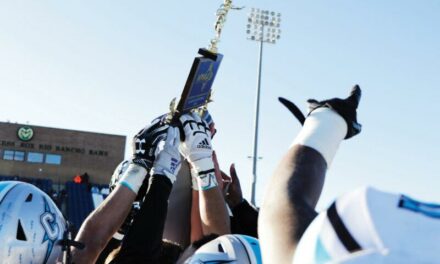 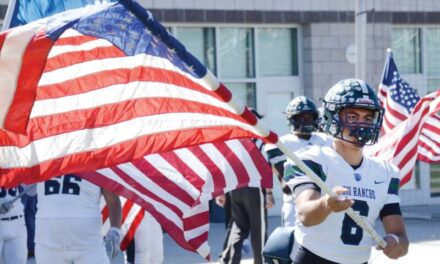 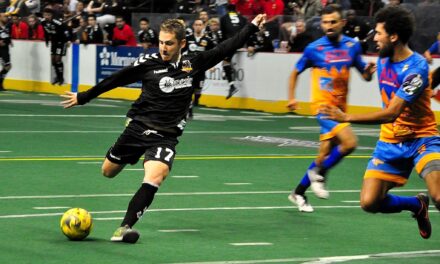