Despite all of the apprehension surrounding U.S. President Donald Trump’s visit to the city of Rio Rancho, it turns out teamwork was all it took to keep things in order.

In fact, the city did well media-wise because of how smoothly everything went. If we take a quick look back at Trump’s visit to New Mexico in 2016, a slew of errors made our state look bad to the nation on the nightly news.

Now, it seems we can look back at that incident as a “one off,” given the success of Monday’s rally.

It was a great idea to have a free-speech area designated just outside of the gathering crowd of Trump supporters. The line was blurred a few years back in Albuquerque, allowing both sides of political radicals to clash and create chaos.

Last Monday, that line was held back hundreds of yards, which allowed everyone the respect to express their opinions without getting hostile enough to start a fight. Even when the free-speech area moved closer to the north end of the Star Center, where the crowd of Trump supporters could hear the chants, the police refereed the line between them so no one was hurt.

The police also acted as the voice of reason to many passionate parties on both sides of the line who were close to igniting a full-scale fallout. Not once did any officer near the protest line use excessive force.

After the rally was over, the Observer verified there were only three arrests.

The Observer applauds the City of Vision’s first responders, along with the other law-enforcement officers from around the state, who helped operate security for the rally. Your presence was felt, but never to a point of being overpowering.

It could be said that a heavy police presence was welcome, given the outcome of the 2016 rally.

The presence of emergency medical crews is also appreciated. Even when an event is peaceful, medical problems can happen and we’re glad responders were nearby.

The Observer would also like to applaud the City of Rio Rancho for putting forth a good plan to accommodate the anticipated crowd of Trump supporters that filled the Star Center. Despite the rain, everything seemed to go without a hitch.

What’s most important is that the City of Vision looked professional and in charge to the nation. Whether an attendee came to support Trump or ask him to step down, the overall atmosphere was one of respect and control.

The Observer would also like to extend a huge amount of gratitude to you, the reader. We asked for a cordial gathering of minds, pointing out that we are more alike than different.

For those of you who read and understood this, we are extremely grateful. The teamwork that allowed the president’s rally to go smoothly wasn’t just on law enforcement’s side, but yours also.

Who knows: This event may lead to more political visits and place us in a category of areas that can handle ourselves when big names come to town. 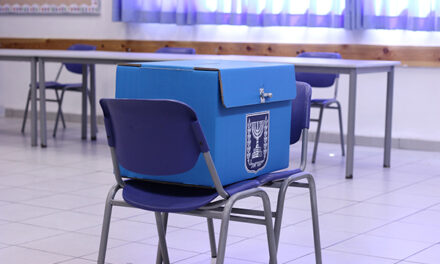