Rio Rancho Police Department
“We are so grateful to our citizens for continuing to support their public safety departments by voting in favor of the G.O. bond for two election cycles in a row,” said Rio Rancho Police Department Lt. Richard Koschade in an email. “With the latest funding, approximately $1.62 million was dedicated to purchasing police vehicles and a mobile command post, making enhancements to police radios and improving and renovating police headquarters.”
Koschade said RRPD had purchased 15 new vehicles, mostly marked Dodge Rams and Chargers for patrol. They replace cars with 100,000 or more miles on the odometers.
Department representatives are picking out a new mobile command post, he said. It will take the place of a 1995 refurbished recreational vehicle, which doesn’t reliably start and has an awning held on with duct tape.
Koschade said renovations have begun on the police station’s restrooms and showers, which had been in such bad repair that mold and condensation were degrading the structure of the building around them.
Other bond-funded projects include expanding the RRPD gym by blocking off a hall, which would also increase security; adding an awning to one side of the building to protect the motorcycles and an entrance from weather; and improving the east parking lot. Koschade said those projects are in planning stages.
Work on the radio system is also underway.
“The radio improvement project with new repeater will help emergency communication to the southern corridor of the city to include the Los Diamantes area,” he said. “The project’s planned completion is around mid-year.” 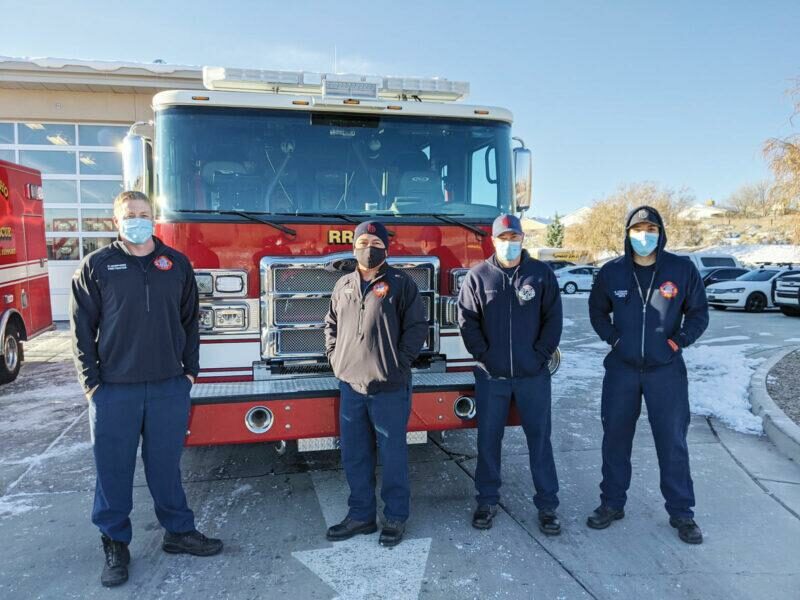 Rio Rancho firefighters stand in front of the new fire engine at Station 7 in December. The truck is one of two to be purchased with city 2020 Public-Safety General Obligation Bond money. Courtesy of Rio Rancho Fire Rescue Department.

Rio Rancho Fire Rescue Department planned to use its portion of the bond money to replace two vehicles and three cardiac monitors, renovate Station 5 in Enchanted Hills and improve Station 1 on Southern Boulevard.
In early December, Station 7 in Vista Hills received a new fire engine, replacing an 11-year-old engine that often broke down.
Fire Chief Paul Bearce said a new ladder truck is in the final stages of being built. It will take the place of a 13-year-old ladder truck with frequent mechanical problems at Station 5. Firefighters did a virtual walk-through to identify finishing touches before the truck is shipped to New Mexico. Once it gets to the state, he said, the dealer will install auxiliary equipment.
“We anticipate that the truck will be placed in service within the next two to four weeks,” he said.
RRFR is getting a purchase order for the cardiac monitors and has finished roof repairs on Station 1.
Bearce said a search is ongoing for an architect to design Station 5 renovations, which involve creating private sleeping quarters and enlarging the kitchen. Once they have a design, the project will go out for bids.
“We do not have a timeline for completion yet,” he said. “Some other minor remodeling will also be planned for other stations, but we will need to wait until we determine the cost of the Station 5 project.” 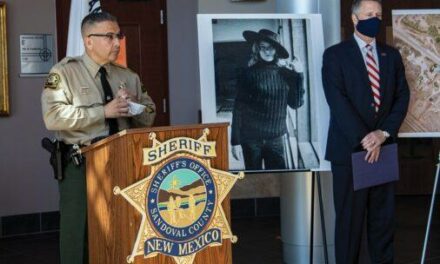 FBI, sheriff give another look to cold murder case