Those are the ideas floating around in the brain of Steve Chavez, new owner of a defunct golf course in Rio Rancho formerly known as Club Rio Rancho Golf Course and County Club. 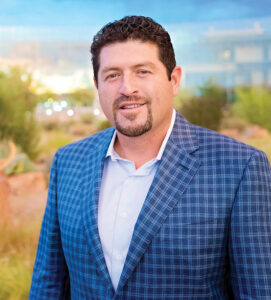 The 250-acre property, which has undergone several changes over the years — including being torched by an arsonist — was acquired recently by Chavez, an Albuquerque entrepreneur and native New Mexican.

The price was not disclosed. And plans for the property, while a hot topic among area residents, haven’t been revealed yet.

Lately, the golf course has been a desolate piece of land that is home for coyotes and rattlesnakes. The golf course’s 49-year-old clubhouse was destroyed by fire Oct. 4, 2019. Bernalillo resident Juan Romero was arrested in December for committing arson. The value of the loss was estimated at $2.5 million.

But there is a revival is in the works. Chavez is a man with a dream, and it includes Rio Rancho.

“The fact that I am from New Mexico, born and raised in New Mexico and live in New Mexico – I travel extensively, and I see these cool things that other communities have that Albuquerque and Rio Rancho do not have,” he said.

Among ideas to be explored:

“I want to do something that is going to be cool. I think we can put something special there, where existing and future residents can come in and enjoy it — to elevate this to make a cool city. This is where I want to be,” Chavez said.

During his due diligence, he’s had conversations with Rio Rancho Mayor Gregg Hull and said those talks have inspired him.

“I want to go in there and do something with an administration that really cares about their place,” he said. “They really do care.”

Because of the economics of the project, Chavez said that there will be some residential, but it will have to fit within the standards of the area and local residents.

“We are going to see what is going to work,” Chavez said.

One example of what might go up is a “brewery place like Chicken and Pickle Ball.,” he said. “I’m looking at something like that, maybe a splash park.”

For an example of what Chavez has accomplished in another area, check out Mesa Del Sol.

It was stagnant “for many years and we put some fresh live into it – a new way of thinking,” Chavez said.

“We listened to the community,” he said. “That’s what we are doing in Rio Rancho right now.”

Meantime, Chavez isn’t sitting back. A study is underway on best uses for the property that fit the area, he’s already hired an engineering firm and has completed an environmental study.

“It’s not going to be on the back burner,” he said. “I get a lot of ideas, but I won’t know for sure until that study is done. It’s not just a development for me. This is something that is going to be a landmark. It’s going to be special.” 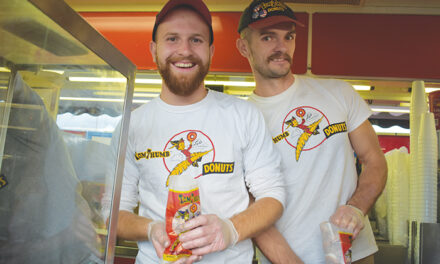 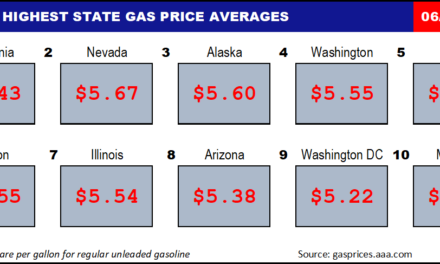