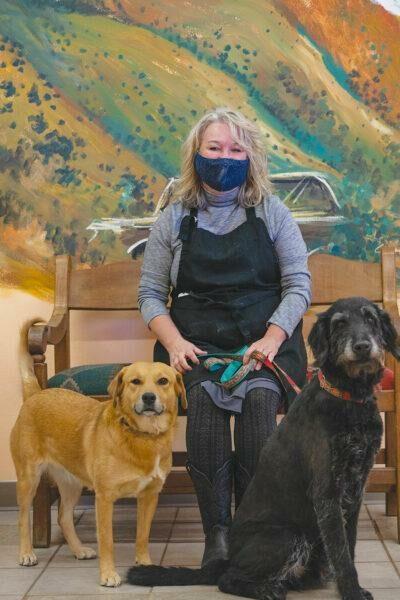 PLACITAS — People in the Placitas area can Take a Paws at a pet boutique that opened in early October.

Take a Paws owner Christine Lizotte bakes fresh treats to sell in the shop and takes orders for doggie birthday cakes. Treats and cakes have no preservatives and are all-natural, she said.

The store has a welcoming atmosphere, with the walls painted warm colors, and features a mural of dogs driving cars by local artist Michael Campbell.

Placitas dogs can walk their humans to the shop that has two doggie areas with artificial grass. Dogs can accessorize with locally made collars and leashes.

Lizotte said she opened the pet boutique to offer a more personal experience than just ordering from Chewy or going to Walmart for toys and food.

“I was basically hoping to personalize it more so the interaction between the human and the dogs became a little different and a little more hands-on and interactive, and also bring back made in the U.S.A.,” she said.

Lizotte sells the West Paw line in her shop. West Paw manufactures its toys in the U.S. and out of recycled materials. The toys are even dishwasher safe, she said.

“It is fun. (The toys) allow spontaneous fun and memory games and bring contentment,” she said. 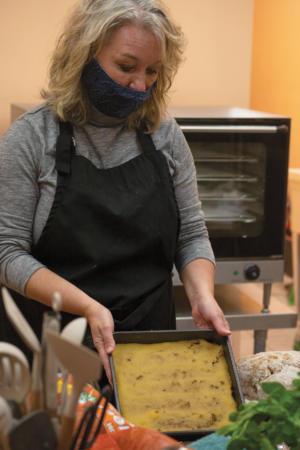 Lizotte served in the U.S. Air Force for four years. Afterward, she entered the corporate world, working for Disney and Presbyterian Hospital.

She is eager to work with other local businesses that support her vision to help the community and dogs.

“I also want to spend more time with my babies; I have five fur-baby dogs, and I love them dearly. And I’m loving interacting with them and being in the Placitas area and so close to the mountains,” Lizotte said.

Since opening, she has collaborated with three other businesses.

“We have had a tremendous amount of support and interaction with the shop. So that pleases me,” she said.

Lizotte is working with dog trainer James “Jim” Landers to organize a pack walk. It will be Tuesday at 2 p.m.

For more information about the walk, call 980-1270 or visit the shop at 221 NM 165 in the Homestead Village shopping center. 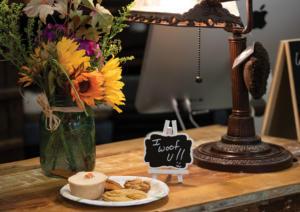 At the new pet boutique, Take a Paws, treat samples are waiting for the next four-legged customer.
Photo Amy Byres / Observer

Lizotte is also collaborating with photographer Ali Vaisvil, owner of Ruby Tuesday Creations, to offer professional photos of pets and owners in costume or not, on Halloween.

On Oct. 31, humans and dogs can stop at Take a Paws to have their photograph taken by Vaisvil for a donation of money, pet food, or old or new blankets for Albuquerque Animal Welfare, Eastside.

In addition, she is working with Spudz and Suds, a dog-grooming van. Lizotte said the mobile unit could use her shop as a staging area for dogs as they wait to be groomed.

“Even though I just stated, I have written down everything that everyone is hoping to get from having this shop,” she said. “If I can affiliate and support other businesses, then that is what I want to do, so kind of become a dyad (something consisting of two elements).”

Lizotte said she is willing to collaborate with anyone as long as they bring to the table community, quality and the shared goal to serve the pets and owner locally.

Take a Paws is a place for community members and their pets to harmonize around and enjoy the furrier things in life, she said. 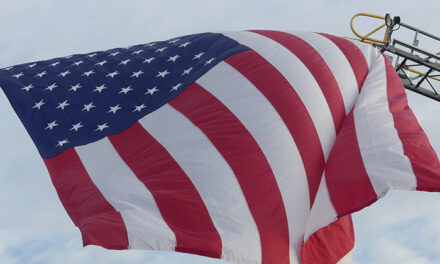 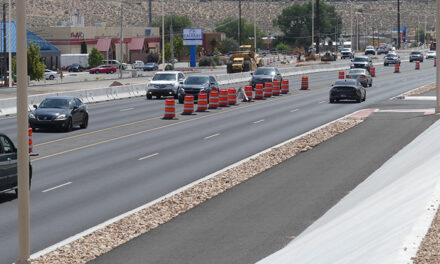