Pickleball is popular at the park 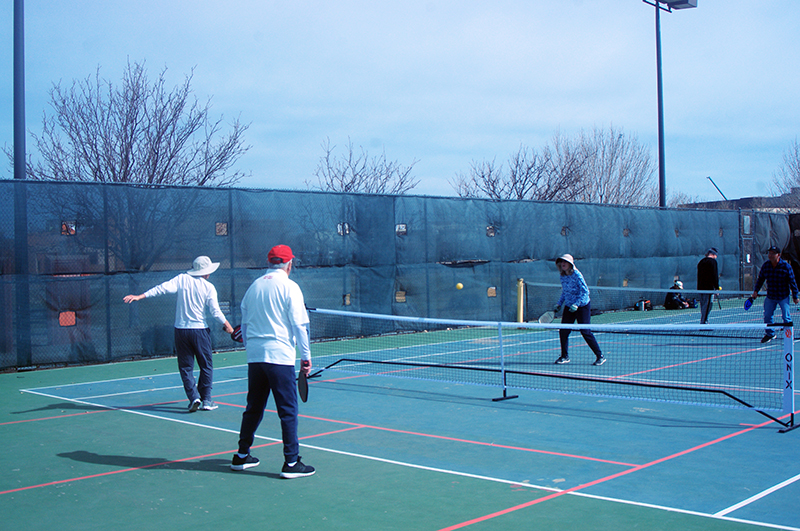 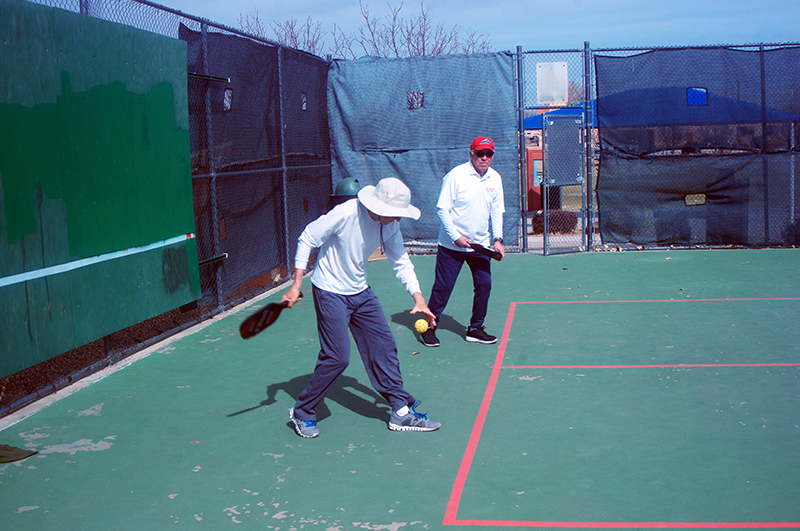 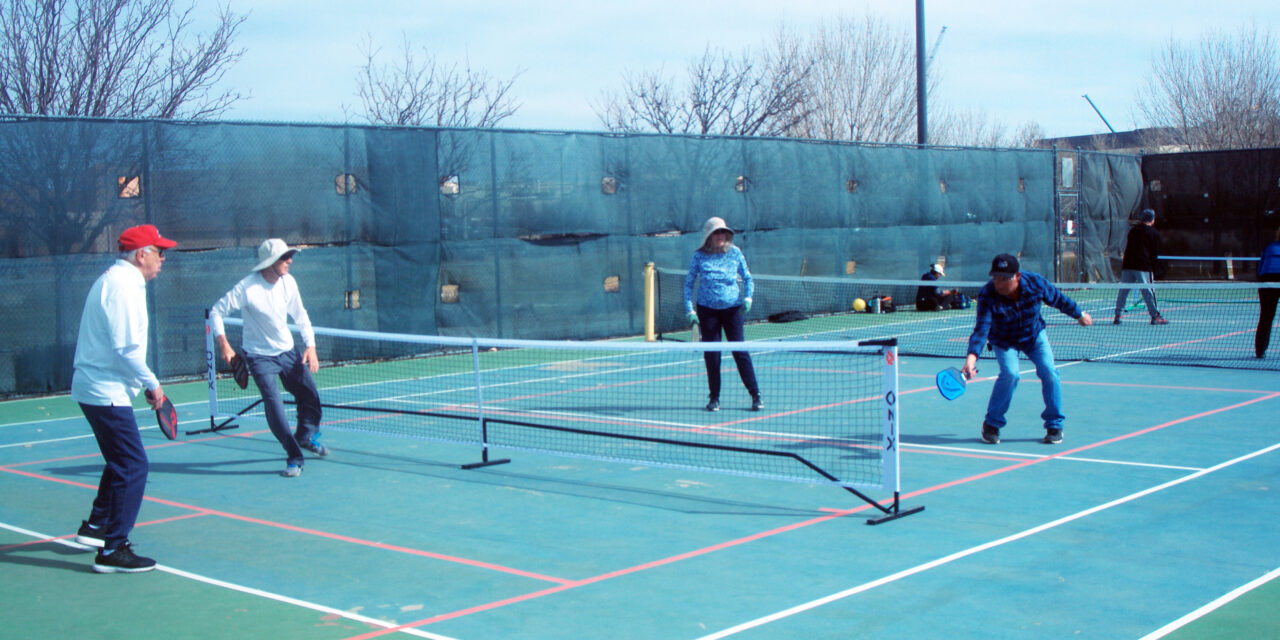 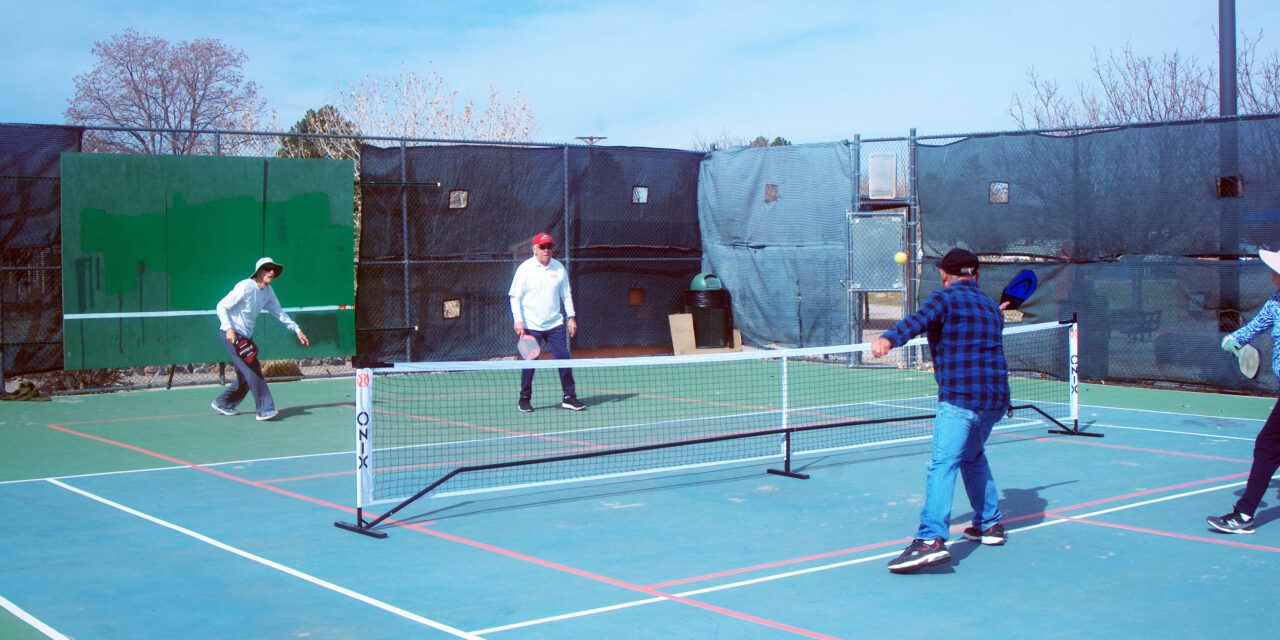 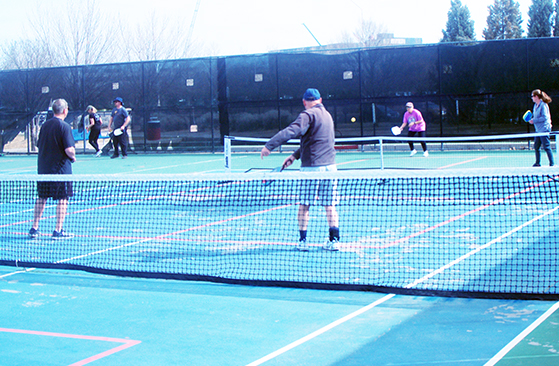 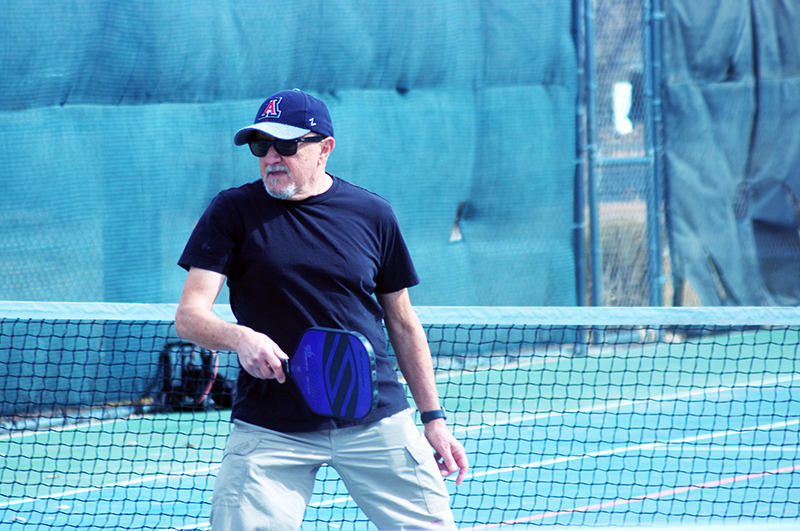 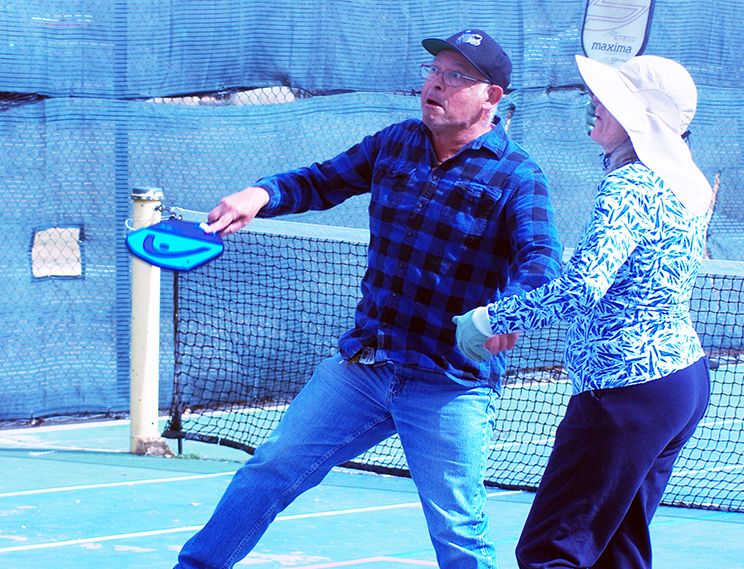 At Haynes Community Center and Park on Thursday, March 3, the tennis courts had been transformed into pickleball courts and pickleball players’ shouts and laughter filled the air. The game is played Tuesday, Thursday and Sunday mornings at the park.

Most of the players were older, some seniors. The games were spirited, with the sound of a tock! when the balls were struck. The balls are mindful of wiffle balls. The rackets are like ping pong paddles or racquetball paddles.

Jerri Hudson has been playing for about three years. She figures she has become a pretty decent player.

The game was invented in 1965, according to USA Pickleball, on Bainbridge Island, which is a short ferry ride from Seattle. There, three dads — former Washington state Rep. Joel Pritchard, Bill Bell and Barney McCallum — were dealing with their bored kids.

And pickle ball, with homemade rackets and a plastic ball with holes in it, was created.

In 1972, a corporation was formed to protect the creation of the new sport. And in the spring of 1976, the first known pickleball tournament in the world was held at South Center Athletic Club in Tukwila, Wash. By 1990, pickleball was played in all 50 states.

Today, USA Pickleball estimates there are 4.2 million pickleball players. The average age is 38.1.