SANTA FE — A lawsuit filed in state District Court is seeking Republican Jeremy Gay’s removal from the ballot as an attorney general candidate, alleging he doesn’t meet a five-year residency requirement in the state Constitution.

The petition filed Wednesday says Gay moved to Gallup in 2019 — about a year and half short of the constitutional requirement.

Gay, a former judge advocate in the Marine Corps, is competing with Democrat Raúl Torrez to serve as attorney general. They are the only two AG candidates on the Nov. 8 ballot.

Gay’s campaign called the lawsuit a “disgusting attack on a veteran for his service” and an attempt to deny voters a choice.

Campaign manager Noelle Gemmer said Gay left the state on active duty for the Marines and returned as soon as he entered the reserves.

“Jeremy and his family have called New Mexico home since 2014, and his wife was born and raised in Gallup,” Gemmer said in a written statement.

The Democratic Party of New Mexico announced the litigation Thursday. The petition was filed on behalf of James Collie, a former Bernalillo County commissioner, by attorney Ryan Harrigan.

The lawsuit asks a judge to declare Gay ineligible for office and prohibit his name from appearing on the ballot.

It says the state Constitution requires a candidate for attorney general to have resided in New Mexico for five years prior to election, or since Nov. 8, 2017, in Gay’s case.

But Gay was registered to vote in Florida through 2018, the lawsuit contends, and he was stationed in Southern California when he left the Marine Corps in May 2019 and moved to Gallup.

The Republican Party of New Mexico said Gay was out of state only because he was serving in the military.

“He was fulfilling his duty in the U.S. Marines, protecting our nation and our freedoms,” GOP spokesman Mike Curtis said. “To try to boot someone out of a race for serving his nation is despicable. This is a disgraceful way the progressive left is trying to disenfranchise voters.”

Democratic Party Chair Jessica Velasquez assailed the GOP, saying Republicans had nominated “a candidate who does not even meet the bare minimum to be the state’s top attorney.”

Torrez, the Democratic, candidate, is the district attorney in Bernalillo County.

Collie, the plaintiff in the suit, was appointed by Democratic Gov. Michelle Lujan Grisham to fill a vacancy on the County Commission in 2020 and served for about a year. 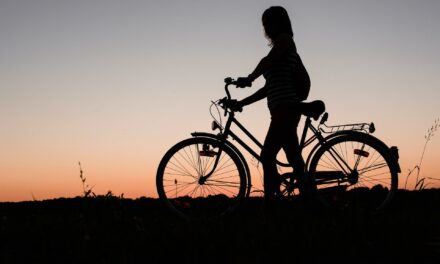 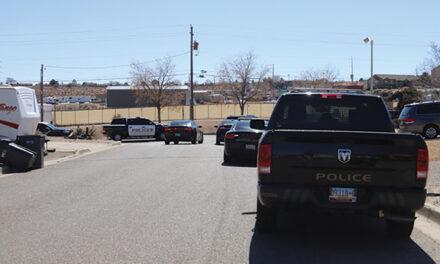 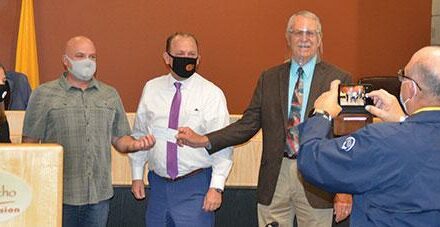