Our View: RR’s right to freedom of speech

The hatefulness on display at a recent pair of protests was wrong.

The Black New Mexico Movement had planned a protest Sept. 12 on Southern Boulevard and waited until a few hours beforehand to the release the location, hoping to keep away counter-protesters. It didn’t work, and counter-protesters showed up — with weapons brandished, and engines and shouts drowning out anything the first group had to say.

If they wanted to disagree with BNMM, that was the wrong way to do so.

We know too many protests around the country have turned to violence and property destruction, and too many have vilified or even harmed police officers who had done nothing wrong. Certainly, we don’t want those things to happen here.

However, Rio Rancho had multiple racial-injustice protests before Sept. 12, and none resulted in aggression against officers or substantiated complaints of property damage, last time we checked with Rio Rancho Police.

Preconceived notions got in the way of Rio Ranchoans voicing their opinion Sept. 12.

Counter-protestors said BNMM rally participants weren’t from Rio Rancho. If they had looked closer, they would have seen their fellow community members standing on the other side. Somehow, who was from where became the main point, losing sight of the real issues.

In addition, the reporter often heard counter-protesters shout, “This is Rio Rancho; it is not like that here,” or “Black people aren’t even in Rio Rancho.”

Our police department is exceptional and not racist. That does not mean racial injustices never happen here — as evidenced by racial slurs some counter-protesters shouted — nor do the experiences of Black people matter any less because they make up less than 3 percent of Sandoval County’s population. And yes, Black people live in Rio Rancho. (Editor’s note: 3.2 percent of Rio Rancho Public Schools’ enrollment is of Black students.)

This is supposed to be a free society — people should be allowed to publicly state their opinions. Both groups at the protest had every right to do so, in turn and without hindrance.

From what we saw, it was the counter-protesters who started problems. They claimed to support police, but they put officers in the dangerous position of having to stand between two angry, armed groups to restore peace.

Not everyone in the counter-protest group may have done those things, but enough did to make it the hallmark of that group.

We understand, not all White people are racist.

Yet, racism does exist in our society on some level — we won’t debate what level right now — and we must address it.

We need to listen to each other and work together to solve the very real problems we face.

The reporter who covered the protests Sept. 12 has taken a lot of criticism from both sides. In journalism, we figure that if both sides are mad at you, you must have been fair.

We stand by our coverage. The reporter wrote what she saw happening.

We’ll probably take heat for this editorial. We stand by it, too. 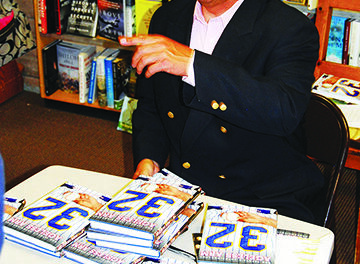 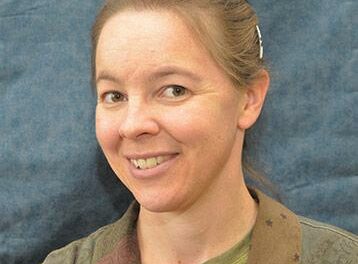 Letter to the Observer: Critical Race Theory being peddled to educators