With a booming housing market and a demand for smaller lots, developers have been asking city government for land-use zoning changes to allow creation of neighborhoods with more homes on lots smaller than originally designed. Nearby residents with larger lots have expressed concerns about how that move could affect their property values and lives.

Most of that land was what the city now calls R-1, requiring lots of at least 7,000 square feet and 60-foot widths.

He expects the housing demand to stay strong through 2021. Builders “can only sell what buyers want,” he said.

“I don’t see this as unusual,” Garcia said of the shift to development of medium-density housing.

He said Millennials are moving to more suburban areas like Rio Rancho and have less money for houses than Baby Boomers do. Plus, he said the price of land has increased sharply in the last two years.

He hadn’t heard of problems arising with more medium-density housing and believes Rio Rancho has a good mix of lot sizes.

“If Rio Rancho is to be an inclusive community, we have to make available housing for the youngest families to retirees on fixed incomes and everyone in between, because they’re all looking for a high quality of life,” Hull said.

Tyler has voted against rezoning R-1 land to R-4 at times, but he said he doesn’t oppose R-4 zoning in the right place.

“We need to ensure that as Rio Rancho grows, we can continue to provide the services that folks have come to enjoy and expect from the city,” he said in an email. “I do believe that there is a balanced approach to the residential development and we all have to be willing to work together to reach a compromise.”

“No, I don’t believe so,” said Realtor Matt DeAveiro of Coldwell Banker Legacy, who has worked in real estate for 28 years, often in subdivisions, and lived in Rio Rancho for 40 years.

He said lot size has minimal or no effect.

“The real question you want to ask is, ‘What price range are the homes going in on the smaller lots?’” he said.

Lot size doesn’t necessarily determine the value of the house. For example, manufactured homes are allowed on R-1 property, and other residential designations, in Rio Rancho.

County Assessor Linda Gallegos said county appraisers don’t consider adjacent property when determining taxable value. Also, instead of pinpointing the value of individual homes, they determine the worth of types of houses in mass appraisals.

Rio Rancho Public Schools Superintendent Sue Cleveland said in an email that everyone shares a goal of achieving a growing, thriving community.

“Residential development can certainly lead to additional students, increased enrollment in our schools and the need for additional school buildings, since most of our facilities are at or above capacity,” she continued. “There needs to be coordinated planning and communication with the city, school district and developers to ensure that growth is managed efficiently.”

“We appreciate the ongoing support and commitment that enables RRPS to provide the type of educational experience and facilities that will continue to attract new families to Rio Rancho,” she said.

With higher-density housing, Hull said, the cost of infrastructure such as roads and water pipes is divided among more households, bringing down the per-family cost.

Although it wasn’t the case when Rio Rancho began, developers are now mandated to install certain infrastructure before turning maintenance of a neighborhood over to the city. Developers and homebuilders typically include infrastructure costs in prices of lots and new homes, Hull said.

He said the city issued more than 900 new home permits last year, so growth will happen, creating the need to grow services. 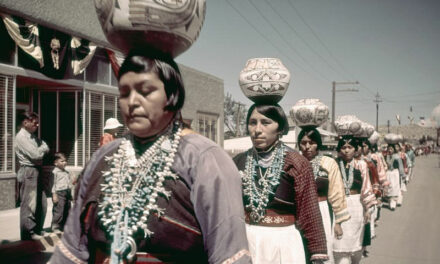 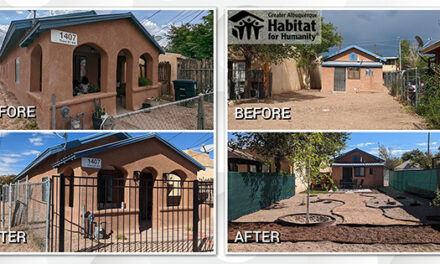 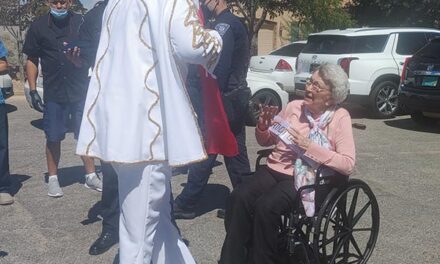 At 101, Odine’s birthday presents included Elvis, gin and a friendly visit from RRPD