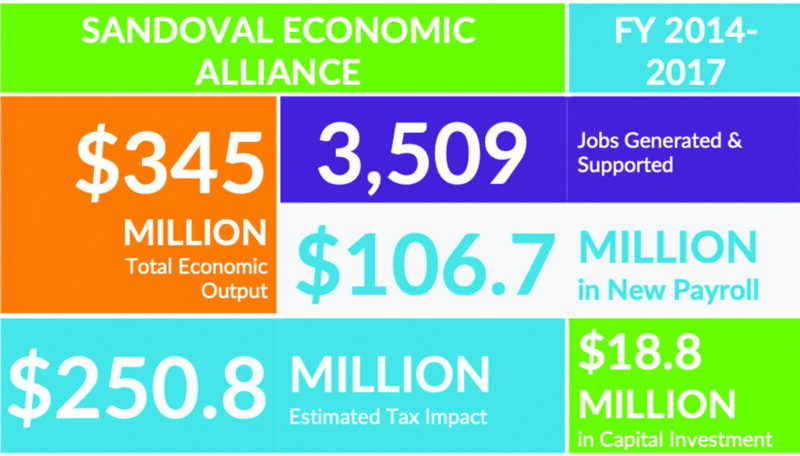 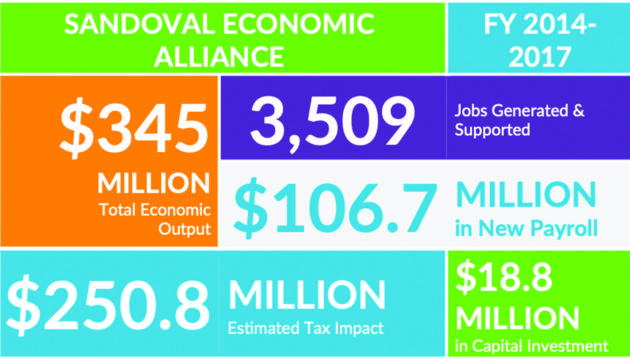 This graphic, provided by Tiffany Avery of Sandoval Economic Alliance, shows the economic impact SEA is calculated to have had over the last four years.
Graphic courtesy of SEA

It’s been four years since the City of Rio Rancho joined forces with Sandoval County to create the public-private partnership known as Sandoval Economic Alliance.

To fund SEA, the city and county agreed to pay $200,000 each to the economic development office in the beginning. Last year, the county increased its contribution to $250,000.

It also received $250,000 in donations from the private sector last fiscal year. Its total budget was $700,000 for the fiscal year.

To date, SEA has used just over $2 million of taxpayer money to fund projects and try to attract site selectors to the area.

In a few weeks, SEA’s contract will have expired, leaving its fate in the hands of those who created it.

As it stands, SEA has no CEO and hasn’t for three months. In the beginning, SEA’s CEO was Jami Grindatto, and not long after his departure, in stepped longtime economic developer Steve Jenkins. Jenkins stayed for about a year and a half.

Also, SEA isn’t the only economic entity vying for a spot in the local economic development realm.

As of June 13, a company called Economic Development Support Services responded to a city request for proposals for economic development services, which means SEA has competition for another contract with the city.

The importance of an EDO 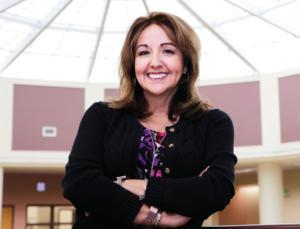 Dora Dominguez, Sandoval County director of economic development, said it’s important to have an entity like SEA that sits outside of the governmental structure.

“We have SEA modeled the same way the state does with the New Mexico partnership that engages privately and publicly,” Dominguez said. “Plus (EDOs) can go out and do fundraising and sign a non-disclosure agreement.”

As for Sandoval County’s stake in the game as it pertains to available infrastructure, Dominguez said it comes down to the proverbial chicken-and-egg scenario.

“I’ve seen some communities in the past build industrial parks to attract businesses to no avail,” she said. “It’s not that easy; you have to go and recruit to it, too.” 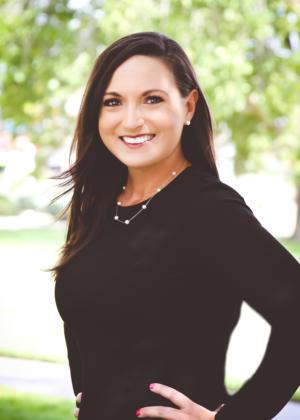 Tiffany Avery, director of marketing and communications for the Sandoval Economic Alliance, said in an email that lack of ready, available sites and infrastructure continues to be one of SEA’s biggest challenges.

“To help with this, we implemented a shovel-ready sites program called VeriReady, and a virtual building program called ReadyBuild,” Avery said. “Other communities we compete with show potential companies a site within a large business park.”

To help overcome these and other, smaller obstacles, she said, the countywide economic development action strategy identifies a plan.

“In the meantime, we continue calling on existing businesses through our CORE program, helping us with organic job growth,” Avery said.

According to Avery, the work SEA has done over the last four years has laid a solid foundation for the organization and the community.

“Under the leadership of Jami Grindatto, SEA was established, and many public and private partners came on board, relationships were formed, and collaboration became a core value,” she said. “Under Steve Jenkins, we were able to take that groundwork and elevate it to include new programs, more focused sales and marketing for attraction and a new and improved program for existing business.”

Avery said in response to those who aren’t happy with SEA’s progress that many people may not realize the economic impact SEA has already had.

“A lot of our success has been smaller wins and not from large, well-known companies,” she said. “We would encourage them to get involved in the process, contact us, ask questions and/or ask how they can help. One of our biggest challenges is that many people don’t truly understand economic development, or even realize what we’ve accomplished up to this point.”

Avery said SEA is a small staff, doing a lot with a small budget.

“Getting involved will help them see the challenges we face as a community that we are working to collectively fix,” she said. “I can’t reiterate enough that economic development is a team sport that requires many players to be fully committed to the desired outcome. When we all play and work together, we win.”

As to the estimated timeline for SEA to get a new CEO, Avery said some very qualified and excellent candidates applied.

“In-person interviews with candidates have been taking place,” she said. “I am confident that our board and our partners involved in the process will make a decision very soon.”

A view from the past 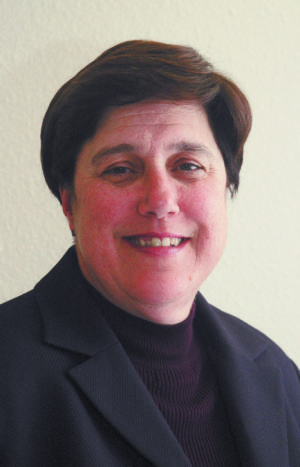 Noreen Scott, former CEO of the now-defunct Rio Rancho Economic Development Corp., which was the first EDO set up by the city, said it took her nearly three years to get Rio Rancho into the economic-development pipeline.

“When I came on board, I think we were allotted $50,000, which was matched by AMREP, and $100,000 from the private sector to run the RREDC, but back then, it was just me, a secretary and we had a loaned executive from PNM,” she said.

According to Scott, AMREP provided the majority of logistical support, which meant RREDC didn’t have to pay for it.

“For instance, if we were entertaining a client, (AMREP) would pay for it,” she said. “If we needed to have a place to entertain somebody, we could use their conference room. (AMREP) really provided a lot in-kind (donations), as did the city.”

Scott said RREDC would have never succeeded if not for the triangular partnership with the private sector, AMREP and the city.

“We grew our budget over time, and after about five years, the county came in with, like, $25,000 … so we grew organically,” she said.

Scott said a few things have changed since her time in the economic driver’s seat, like being able to market an area electronically.

“It’s also much more competitive than it was, but at the end of the day, it’s a relationship business,” she said. “Over the 20 years I was here, I built up relationships with many corporate site selectors, even hosting two corporate-site-selector events, one of which was held here in Sandoval County.”

Scott said she also built up a reputation of delivering what RREDC promised to the community.

She said the biggest difference since the inception of SEA is there is no community spirit anymore.

“There has always been a lead time of 18 months from a transformer, but you know what? Miracles happen when you got a bird in the hand,” Scott said. “It’s a matter of believing that you can do it and having a team of people who also believe and want it to happen, and that’s what we’ve lost.”

When things transferred from RREDC to SEA, Scott said SEA did not keep the database of information RREDC had accumulated.

“Economic development is a momentum-building thing, and they, for whatever reason, got rid of everything,” she said. “When they started from square one, they lost three years of momentum.”

Scott’s view of SEA’s performance to date was stated in the form of a question.

“What deals have they brought to the community?” she asked. “What projects are here? That’s what you have to ask yourself. Plans can be made, but what you need is somebody to implement that plan.” 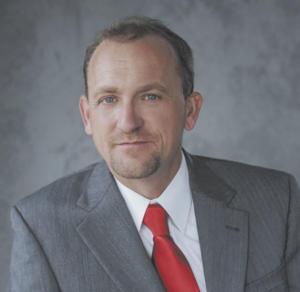 Rio Rancho Mayor Greg Hull said former county commissioner Don Chapman had an idea to set up a new economic development corporation not long after the City of Rio Rancho did away with RREDC.

“This time, we wanted to do a joint venture between the city and the county, as opposed to splitting our efforts to try and attain the same goal,” Hull said.

With the SEA contract up for renewal and another company bringing in a proposal, he said, legally, both entities will need to bid on trying to attain the spot of EDO.

Hull said once that request has been made, he’s out of the loop to allow for the RFP process to begin.

“SEA was originally placed in a four-year contract, but we could get out of that contract anytime we felt that they weren’t performing in an appropriate way,” he said. “Obviously, we thought they were doing a good job because they continued to do work throughout their original contract.”

Hull said he thinks SEA has been a productive EDO.

“You have to understand that economic development is not just recruitment; it’s retention as well,” he said. “I think they’ve hit a lot of good marks on the retention side, but make no mistake, getting somebody big like Facebook coming to town takes a lot of effort.”

Hull said nobody is saying these big companies and businesses can’t come to town.

“We are asking them to come,” he said. “But when they come and look at the available infrastructure and sites, they realize we are years away from having what they want and need.”

Hull said one solution is identifying a section of land the city can run infrastructure to. 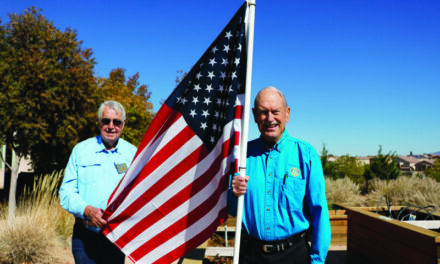 Nagel on Finances: Accounting and accountability