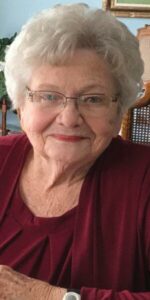 Gail Elaine (Smith) Atkin was born Nov. 14, 1937, in Visalia, Calif., and passed away April 9, 2021, in Rio Rancho, N.M.
She was the younger daughter born to Ross Watson Smith and Hazel Gertrude (Brown) Smith. Her father worked for California Edison, and her early years were spent in the rural areas of the power company’s communities.
She met a young man, Frank Gilbert (Gil) Atkin, in 4-H when she was 15, and they became lifelong partners. They married Sept. 27, 1953, in Porterville, Calif.
Together, they began their first of many entrepreneurial ventures, raising chickens and turkeys to sell to area livestock producers. She also grafted navel oranges on rootstock for area orchards.
In 1964, she and Gil moved to Searcy, Ark., where they owned and operated a dairy.
Wanting to find their ideal farm or ranch, they began selling real estate, particularly rural properties. Their real estate career began in Delta, Colo.; then Russellville, Ark.; and Jerome, Idaho.
There, they purchased several ranches; Gil was a record-selling broker, and Gail managed the office.
Their two daughters, Susan Diane and Kimberly Ann, were raised among the rural properties where the family lived. In all of their homes, Gail grew beautiful flower and vegetable gardens, and was a remarkable cook and homemaker.
She and Gil moved to Nisland, S.D., in 1976, raising cattle and sheep, as well as irrigated and dryland crops. She became ill with the Epstein-Barr virus, a chronic illness that she lived with for more than 45 years; that led them into leaving the extreme cold of western South Dakota and moving to Alma, Ark.
There, she and Gil again sold real estate, but began a gourmet food business, focused on corporate gifts. Sugar Creek Farms offered liqueur cakes, fruitcakes with homemade candied fruits, jams and smoked meat and cheese packages.
They expanded the food service to a breakfast-and-lunch spot they named Gilhoolies, which served Gail’s homemade comfort foods like chicken and dumplings, meatloaf, coconut crème pie and fresh cinnamon rolls.
As her illness caused debilitating fatigue, they closed the restaurant and moved to New Mexico in 1990. Again, they returned to selling farms and ranches, as well as building homes, from Moriarty to Las Vegas to Roswell.
Just shy of their 47th anniversary, Gil died on Sept. 9, 2000. Gail continued to live in Roswell; she’d begun selling Avon in 1996 and continued until she moved to Rio Rancho in 2015.
During that time, she was one of New Mexico’s highest ranked “Avon ladies”; more importantly, her customers also became her mission to serve. She made sure they had transportation to doctors’ appointments, took them to the grocery store or dropped off a slice of homemade lemon meringue pie.
She was a long-time member of the Roswell United Methodist Church.
Gail was preceded in death by her husband and best friend, Gil; her parents; and her sister, Patricia Joan Jorgensen. She is survived by her daughters, Susan McGee, of Los Angeles, and Kim Smith and her husband, Ed, of Rio Rancho.
Her four grandchildren include Julia McGee and Jennifer McGee of Los Angeles; Ryan Smith and his husband, Xavier Bergtholdt, of Las Vegas, Nevada; and Matthew Smith and his wife, Kaitlin, of Rio Rancho, as well as their three daughters, Tagan, Addison and Emersyn.
Her ashes will be placed next to her husband in the Blue Mountain Cemetery, Woody, Calif. 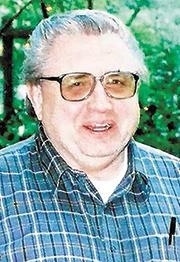 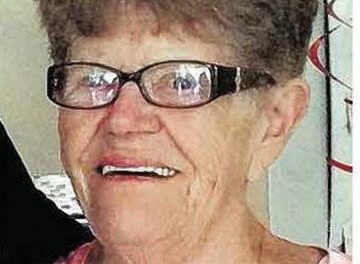 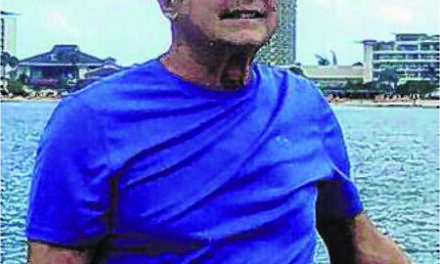 Fire weather
May 10, 2021, 2:12 am
Come as close as possible to the heart of your community.
Subscribe Today!
error: Content is protected !!