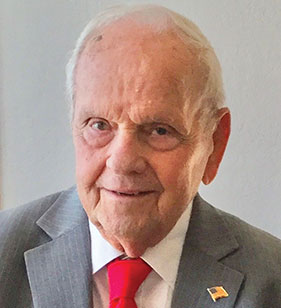 Elbert “Warren” Allen passed away peacefully at his son’s and daughter-in-law’s home in Reno, Nev., on Sept. 19, just two weeks short of his 94th birthday.
He was a good father, passing on his strong Christian values and work ethic to his sons. He believed in the adage of working hard but also in playing hard.
His life exemplified that attitude, along with a true sense of adventure. Warren enlisted in the Marine Corps at the age of 17 and was stationed in Guam and later Camp Pendleton.
Warren always wanted his own business and started his cross-country trucking venture in 1949. With that spirit of adventure and always an optimistic outlook, he and wife, Rose, moved the family from Des Moines, Iowa, in 1966 to Tucumcari, N.M., and started managing a Whites Auto Store.
This led to moves to Tularosa, Truth or Consequences, Deming and, eventually, Rio Rancho.
Dad loved the back country and off-road areas of rural New Mexico. He was happiest bouncing around in a Jeep, chewing on a cigar, with Mom in the passenger seat.
Warren was born Oct. 2, 1927, to James “Mac” and Goldie Allen in Louisville, Ky. The family moved to Des Moines, Iowa, in 1929, where his younger siblings were born.
He was a resident of New Mexico for 52 years and spent 18 years in Rio Rancho. He moved to Reno, Nev., where he spent the last three years of his life.
Warren was preceded in death by his wife of 65 years, Rose; youngest son Rob Allen; and granddaughter Rianna Domenici. He is survived by his younger sisters Nancy (Jim) King and Ruth (Michael) Mease; son Russ (wife Margaret); son Rodger; daughter-in-law Debra Allen; grandchild Alyssa (Jake) Lightfoot; great-granddaughters Stella and Gracie Domenici, Matt (wife Mckenzie and great grandsons Ryker and Wyatt) Allen and Rebecca Allen.
Warren and Rose were members of Gospel Light Baptist Church in Rio Rancho. 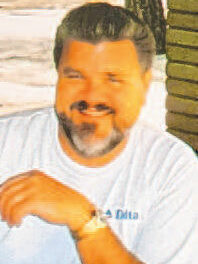 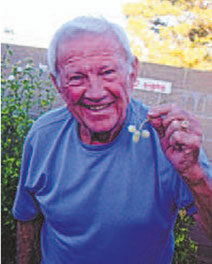