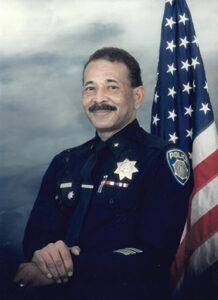 Crawford H. Lydle III passed away on Tuesday, Dec. 1, 2020, at his home in Rio Rancho, N.M.
He was a wonderful friend and mentor to many.
Crawford served in the U.S. Marine Corps for six years, including tours in Vietnam and Rota, Spain. After his discharge, he joined the University of California Police force, attaining the rank of assistant chief.
He retired in 1990.
He was a graduate of Riverside Community College and attended UC Riverside. Crawford also graduated from the Anderson Management Program at USC and the FBI Academy in Quantico, Va.
Crawford leaves behind his beloved wife, Sandra (Kaufman) Lydle; his sons, Crawford H. Lydle IV (Bridget) of Burleson, Texas, and Daniel B. Lydle (Amethyst) of Laguna Hills, Calif.; seven grandchildren; four great-grandchildren; and many nieces and nephews. He also leaves his best friends and brothers in arms, Hugh Cloyed, Richard Fanjoy and James Muri; and many, many friends.
A private military graveside service was held Monday, Dec. 7, 2020, at the National Cemetery in Santa Fe, N.M. Memorial donations may be made to any charity of your choice.
Visit the online guest book for Crawford at FrenchFunerals.com.