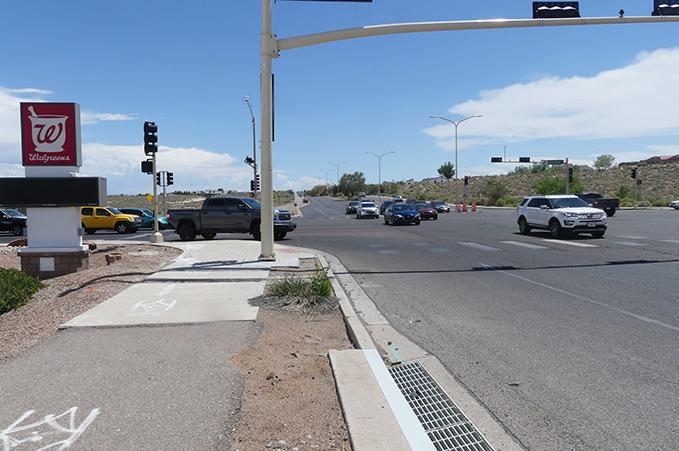 Traffic can be heavy at the intersection of Northern and Unser Blvds. by Walgreens.  (Garrison Wells/Observer)

For years now, the neighborhoods of RR have demanded more grocery stores and shopping centers closer to the North West side of the city.

City and business leaders have worked hard to get more companies interested in the area. They say it’s a matter of infrastructure.

So recently the focus changed to roads, buildings and other projects to make the city look and feel more enticing for incoming residents and companies. For this year, the city has budgeted $10.6 million for road infrastructure alone.

But locals don’t care. They want their grocery store closer — and they want it soon.

After the Village at Rio Rancho was announced, with its Albertsons Market Street, hotel, retail and non-chain restaurants, residents in northern Rio Rancho began to ask when Northern Meadows, North Hills, Mariposa and other neighborhoods would get grocery stores near them.

“My husband and I live in Mariposa. We definitely need a nice grocery store, possibly Sprouts or Trader Joe’s,” said Belinda Sandoval. “It is very nice here, but difficult just to run to the store. We absolutely try to plan better. The closest store for us is Walmart in Bernalillo, which is OK, but a choice would be nice,” 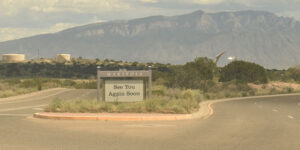 The closest convenience store of any kind to Mariposa is the Walgreens on Northern or a Family Dollar just off Unser. Either one is almost a 20-minute drive.

Mariposa did have a local restaurant at the community center at one time, but it’s gone now and they haven’t been getting much action lately.

“When my family moved here 22 years ago, we were told that a grocery store was coming soon, but it never happened. It’s even more upsetting that they are passing us up again and building the new market place and the new Albertsons by Rust medical center instead of over here. We could really use some nice restaurants here, and we desperately need a grocery store,” said Carol McLaughlin of The Knolls.

McLaughlin and others in Northern Meadows feel forgotten. And the thought of grocery stores and restaurants has crossed local HOAs as well.

New Community Manager of Northern Meadows, John Vigil , said that he hadn’t heard of any new convenience stores coming to the neighborhood.

“I have not heard anything about this,” he said.

North Hills HOA member and local Realtor, Melanie McLaughlin, remembers that three years ago, before the COVID, residents had the same questions.

“Since COVID, we haven’t been doing in-person meetings for North Hills, which is unfortunate because we don’t get that in-person information any longer. In the past, members did mention wanting a grocery store in the area since there is nothing in that area,” she said. 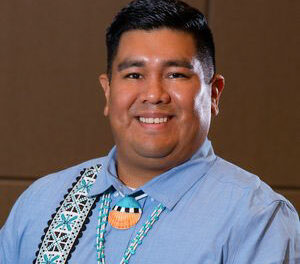 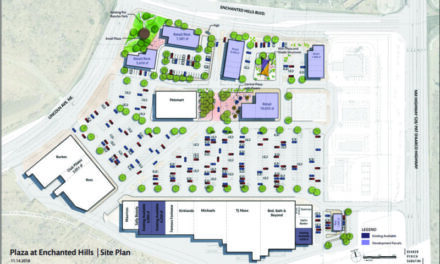 Out-of-state investment firm to build on spec in RR 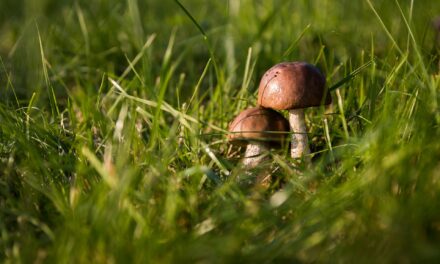 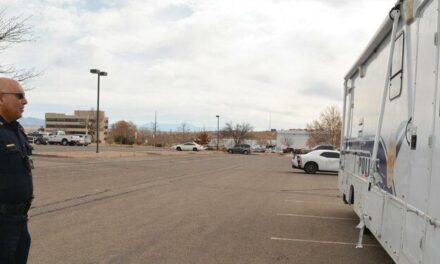