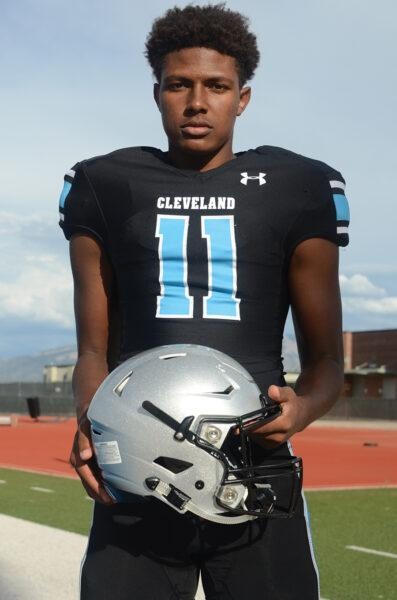 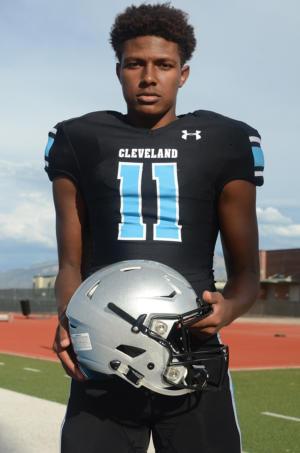 Junior offensive threat Tre Watson returned to the Storm lineup after missing a handful of games due to a shoulder injury. He scored the Storm’s only TD on a short pass from another Trey (Ortega).

Volcano Vista spotted second-ranked Cleveland an early lead, but the Hawks and their fantastic defense shut the Storm out over the final 42 minutes on Friday night. That defense, a big-play running attack and the throwing of Diego Pavia added up to a 35-7 thrashing of Cleveland at Nusenda Community Stadium.

Volcano Vista (8-0, 3-0 in District 1-6A) had its outstanding defense on the field to start the game.

But Cleveland (6-2, 2-1) went 61 yards in 11 plays to strike first, converting two fourth downs along the way. The second of those was a 9-yard touchdown pass from Trey Ortega — subbing again for the injured Jeff Davison — to 6-foot-5 junior receiver Tre Watson, who returned Friday after breaking his arm on the first play of the season.

The Hawks needed four plays to tie the game.

Isaac Chavez — who was Volcano Vista’s best offensive weapon and who set up multiple scores without actually getting in the end zone himself — reeled off a 51-yard run to put the Hawks at the Cleveland 3. Two plays later, QB Diego Pavia scored on a sneak.

The second quarter belonged to the Hawks.

After a punt, they went 88 yards on six rushing plays. Chavez had an 82-yard run that almost resulted in a touchdown. Instead he was tackled at the 2. On a fourth down four plays later, Gallegos lined up deep, took a handoff, ran over a Storm defender at the 2, and crashed into the end zone for a 14-7 lead.

The defense forced punts on Cleveland’s next two possessions and then  tacked on two more scores before halftime. Pavia threw a pretty 26-yard TD pass to Ivan Rodriguez, and Gallegos added another 1-yard score with 1:37 left in the second quarter.

“We couldn’t handle the onslaught that happened,” Storm coach Heath Ridenour said. “We lost the one-on-one battles in the front.”

Chavez finished with 187 yards of total offense in the first half. He rushed for 152 yards on just eight carries.

Cleveland senior running back Dorian Lewis was a nonfactor. He was held to 58 yards on 22 attempts. 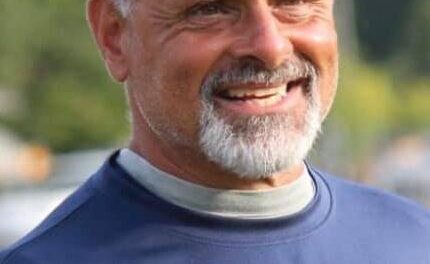