Jessica Duron-Martinez is not the tallest member of Rio Rancho Fire and Rescue at 5 feet, one inch.

But it is not the size of a person that determines their future.

In over 20 years, Duron-Martinez, 42, rose from being a teenage single mom with dreams of becoming a firefighter to being named the first female fire marshal to put on the uniform at Fire and Rescue. Rio Rancho was incorporated as a city in 1981.

“It’s exciting that this opportunity came and I’m making history in Rio Rancho,” she said, adding that she hopes other women will see what she’s accomplished and consider “an opportunity they may not have thought about.”

Duron-Martinez was an Albuquerque High School senior and a new Rio Rancho resident when she got a job at Kirtland Air Force Base as an accounting clerical assistant.

Each time she had a chance, however, she would watch firefighters train or perform other duties from outside the office. She knew then this was the career she wanted to pursue.

One day, Duron-Martinez told the Kirtland AFB fire chief she would like to work toward becoming a firefighter, but he told her he was apprehensive about the idea because of her stature and gender. He added that the department was looking for a dispatcher and suggested she apply for it. She did.

Over the next couple of years, she received her HAZMAT certification and emergency medical technicians license; even as she was raising a daughter she had when she was 20.

“At that point, they knew I was serious,” Duron-Martinez said.

The fire chief told her to apply to the Louis F. Garland Department of Defense Fire Academy in San Angelo, Texas.

“I was fine with that, (but) the most difficult part was leaving my (four-year-old) daughter there,” she said.

After graduating from the academy, Duron-Martinez became a firefighter. She got to drive the trucks and respond to various emergencies.

But the job came at a cost.

She worked 24-hour shifts every other day for five years, which she admitted was “pretty taxing being a single mom.”

Reyna Trujillo, Duron-Martinez’ now 22-year-old daughter, only saw her mom a couple of times a week. The rest of the time Reyna stayed with her grandmother.

“She was always very strong and brave and determined (and) tried to make sure she could support me in the best way possible,” Trujillo said.

In 2009, Duron-Martinez got married and applied for a job at Rio Rancho Fire and Rescue.

While she had a lot of experience, Fire and Rescue Acting Fire Chief James DeFillippo said: “We didn’t know a whole lot about her, but she quickly demonstrated her work ethic, her drive, her motivation in putting the department first.”

Duron-Martinez had different roles ranging from fire inspector to lieutenant where she started a fire prevention program consisting of eight firefighters. She also got involved with other facets of Fire and Rescue, including its peer fitness and support programs, doing what it took to succeed and help others.

It does not matter whether someone in the department is a man or a woman, both have to work equally hard, Duron-Martinez said.

In 2018, she took another step in her career: She earned a bachelor’s of science degree in fire administration from Columbia Southern University. When the fire marshal position opened up last fall, she was ready.

The department asked her to fill in temporarily until it found a long-term solution, but as it turned out, she was the answer all along.

“We had fire marshals in Bernalillo County, Santa Fe County help proctor the test and they said nothing but great things about her knowledge of the fire code, building code,” DeFillippo  said. “Without hesitation, she was the right person for the job. She happens to be female, but she has put in the work and is the person I undoubtedly support as fire marshal.”

Including Duron-Martinez, there are nine career female firefighters in Fire and Rescue out of 104 people, or 8.65 percent of the department. Of 358,000 career firefighters across the United States, only 4.2 percent, or 14,900, were women in 2019, according to the National Fire Protection Association.

“The women were supportive and very happy for me,” Duron-Martinez said. “I received texts, calls and hugs, which meant a lot. All the women I work with are amazing and they inspire me.”

Some of Duron-Martinez’ goals with Fire and Rescue include expanding her department and eventually moving up the ladder. But in the meantime, she plans to enjoy each day on the job.

“They say, ‘When you love what you do, you’ll never work another day in your life,’” she said. “That’s how I feel.” 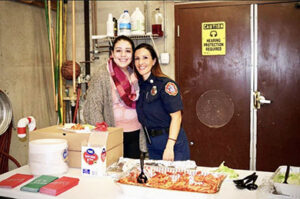 Trujillo is proud of her mother’s accomplishments.

“She worked very hard to get to this position,” Trujillo said. “I’m happy she’s living out one of her dreams.”

Of her daughter, Duron-Martinez said: “She is the reason for what I do and accomplish. I want to show her and all the young ladies that you can accomplish anything.”

One of those young ladies is Rio Rancho High School senior Haley Smith.

In April 2021, Duron-Martinez was working out at Defined Fitness wearing a Fire and Rescue T-shirt when Smith asked her if she was a firefighter.

“(I thought) about joining the fire department a few years prior to that and I was looking for someone to mentor me,” Smith said.

The two exchanged contact information and now hang out at the gym at least once a week.

“I’m teaching her the physical and mental aspects, (helping) her understand all aspects of firefighting so she’ll be ready when she applies next year,” Duron-Martinez said.

Aside from finishing high school, Smith is working toward an associate degree in fire service at Central New Mexico Community College. However, she will have to wait a year to apply to the New Mexico State Firefighters Academy in Socorro because the application deadline ends before her 18th birthday.

But Smith will not let that deter her from pursuing her dream.

“We’re going to start practicing for the interviews, and continue to get my physical fitness (level) to where it needs to be,” she said. “I will get my basic EMT license and apply for next year’s academy.”

Like Smith, Duron-Martinez is looking to take the next step in her career. She said she is going to pursue a master’s degree.

“I believe knowledge is power and the more we learn the more we are able to teach,” she said. “As Maya Angelou would say, ‘When you learn, teach, when you get, give.” 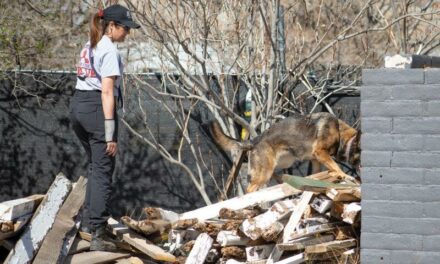 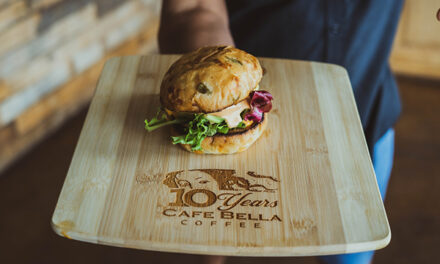 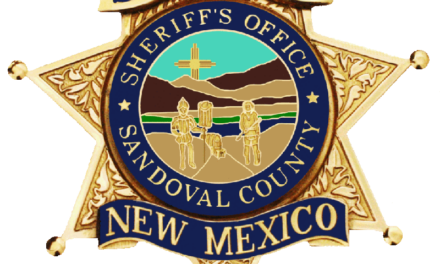 Applications Sought for Investment Advisory Board