After several hard-fought home games in which the New Mexico Runners found themselves on the short end of the scoreboard, Rio Rancho’s indoor soccer team notched its first home victory of the season, a 12-9 decision over visiting Colorado Inferno FC on Educators Night in the Rio Rancho Events Center.

For the fourth time this year, the Runners put their opponent in an early hole as Miguel Garcia scored four minutes into the contest, sending former New Mexico goalie Casey Gasson to the turf in a desperate save attempt.

In an odd turn of events, the teams exchanged “own” goals with Gasson accidentally saving a ball back into Inferno’s goal and Runners midfielder Mario Matute scoring Colorado’s first goal on a botched clearance.

Colorado followed up the own goal with a 5-1 scoring run, as midfielder Francisco Rivas did most of the damage during that run with three of those five tallies.

The Runners scored back-to-back goals to stay close, as the Runners trailed until 8:10 remained in the third quarter, when captain Froilan Ramirez gave the Runners the 7-6 edge.

New Mexico never relinquished the lead, closing the contest on a 5-3 run en route to the three-goal victory.

e season in front of their home crowd. Ramirez and Jacob Gandarilla each finished with a hat trick, combining for six goals.

The game marked New Mexico’s first-come-from behind victory of the year, as well as the largest deficit the team has faced in a win in franchise history.

New Mexico improved to 2-6 for the season, with Colorado (0-6) still searching for its first win of the season as they drop to 0-6.

Colorado will not have to wait long for a rematch — the Runners travel to Colorado Springs this week to face the Inferno on Saturday at 7 p.m., a team they’ll meet again in Colorado Springs on March 12. (The game will be streamed live on the Colorado Inferno FC Facebook page.)
The Runners’ next home game is Saturday, Feb. 26, when they look to sweep the season series vs. the Wichita Wings (6-1), the Midwest Division leader after seven games. Kickoff is at 5:05 p.m., with the doors opening an hour before the start. Tickets can be purchased at newmexicorunners.com/tickets or from the Rio Rancho Events Center box office. 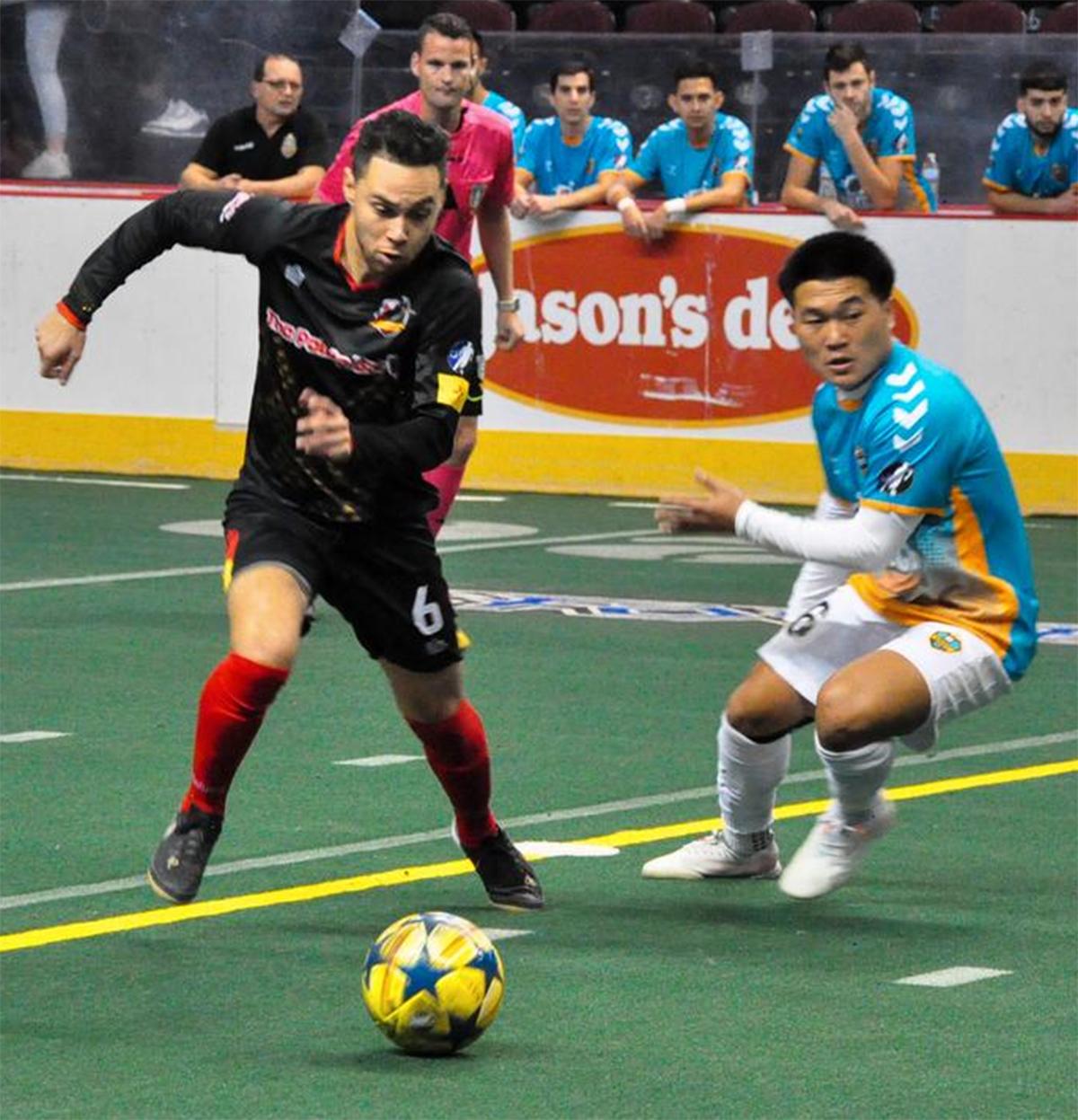 Jacob Gandarilla, left, tries to slip past an Inferno player. Gandarilla notched three goals in the home win on Feb. 5