SANTA FE — After years of debate and dire predictions, a New Mexico law mandating employers provide paid sick leave for their workers is finally set to take effect this week.

The new law, technically known as the Healthy Workplaces Act, will make New Mexico one of 16 states that require businesses to allow their workers to take paid time off to deal with illness or injury – for themselves or family members.

The act mandates all private businesses – large or small – provide paid sick leave for all employees, whether part-time, full-time or seasonal employees. Employees will earn one hour of sick leave for every 30 hours worked, or up to eight days annually for full-time employees.

The impact on small businesses has been the subject of back-and-forth testimony in recent years, especially amid the COVID-19 pandemic, but backers say the new law will lead to increased employee retention.

Rep. Christine Chandler, D-Los Alamos, one of the sponsors of the 2021 bill set to be implemented July 1, predicted the paid sick leave law could also have a dramatic impact on the lives of workers around New Mexico.

“It’s a real game-changer for workers in the state,” Chandler said.

While she said the law could lead to some higher costs being passed on to consumers, she said it would make the state healthier by allowing sick workers to remain home and not risk losing their paychecks – or their jobs.

“We learned a lot during the pandemic, including the fact that workers who are sick need to stay home,” Chandler told the Journal.

But some members of New Mexico’s business community remain concerned.

Ernie C’deBaca, president and CEO of the Albuquerque Hispano Chamber of Commerce, said the Healthy Workplaces Act could end up hurting small businesses more than it helps them.

He said small businesses have struggled to stay alive through the pandemic, and those that did are now facing high turnover of longtime employees and higher costs in an economy that has seen inflation continue to rise.

C’deBaca said for a small business of about 50 employees, he estimates an additional cost of $40,000 annually to cover paid sick leave for employees as well as additional shifts that may need to be covered.

“I think it takes an amazing amount of guts to be a small business owner,” he said. “(This) couldn’t come at a worse time.”

While New Mexico’s unemployment rate has steadily dropped over the last year, the state still had the nation’s highest jobless rate – at 5.1% – as of May, according to U.S. Bureau of Labor Statistics.

In addition, New Mexico is a state made up by a large number of small businesses. According to the U.S. Small Business Administration, there are nearly 155,000 small businesses scattered across the state.

Adapting to the change

Some employers said they’re prepared to implement the new law – despite some of the rigorous tracking requirements needed to stay in compliance.

LeeAnna Fresquez, president of Fresquez Cos., said her business has been working on implementing a paid-time-off transition since 2020.

“If the last few years have taught us anything, (it’s that) we got to roll with the punches and understand that what our team members need might be different than what our direct business needs are,” Fresquez said.

Fresquez Cos. consists of a dozen restaurants and a food truck in New Mexico, totaling about 300 employees across all operations.

With the implementation of the Healthy Workplaces Act, Fresquez said the business has mostly undergone language changes in regards to vacation and paid time off, combining the two into one “so that the accrual conversion rate sort of equates to what we’ve already been providing for our team as it relates to the law.”

Other business owners are expecting a bumpier transition.

Opal Stalls, who has owned House of Soccer in Albuquerque since 1983, said the pandemic made it tough on her small retail business, which already has thin margins.

She moved her business to a new location in December 2020, citing the need to downsize in a tough economic climate that was exacerbated by the pandemic.

“It’s just another expense to us,” Stalls said. “I know the state … handed out little bits of money and stuff like that to businesses trying to keep everybody going – not complaining about that.”

“I just think let’s not put more on us until we kind of get our economy back, because it’s still not flourishing,” she added.

Kimberly Souders, the acting director for the New Mexico Department of Workforce Solutions’ Labor Relations Division, said New Mexico officials looked at other states’ rules and experiences to come up with final guardrails for the new law.

While critics argued during legislative hearings that such a paid sick leave mandate would impose a financial burden on businesses whose profits plummeted during the pandemic, Souders said research suggests it actually provides a net benefit by reducing employee turnover.

“Our message to businesses is it’s good for business,” she said.

As for enforcing the new law, the state agency currently has nine wage-theft investigators who, at least initially, will also help investigate complaints about possible paid sick leave violations.

Funding for an additional five investigators, two attorneys and one computer technician was approved by lawmakers as part of the Workforce Solutions Department’s budget for the fiscal year that starts in July, top state labor officials said.

“Our staff is very prepared and we’re ready to investigate claims,” Souders said.

However, the agency received only $735,000 of the $893,444 it had requested for the coming year to cover administrative costs associated with implementing the new law, DWS spokeswoman Stacy Johnston said.

Legislative analysts projected when the bill was passed it would cost about $885,000 for the department to enforce it.

Meanwhile, despite state-sponsored webinars and other attempts to help businesses get ready, the 18-page Healthy Workplaces Act can be tough for businesses to navigate – especially small businesses with limited resources, said REDW HR consultant Cristin Heyns-Bousliman.

Among other things, it requires an employer to keep a 48-month record of employees’ worked hours and earned sick leave taken by employees.

And when an employee separates from their employment, and that same employee is rehired within 12 months, the accrued but unused leave will be reinstated and is available for immediate use, she added.

During the legislative debate on the issue in 2021, Gov. Michelle Lujan Grisham expressed misgivings about the impact the paid leave bill could have on businesses.

But the Democratic governor threw her support behind the legislation after backers agreed to postpone its effective date for one year – until July of this year.

“This is, point blank, a humane policy for workers,” Lujan Grisham said in April 2021 after signing the bill. “No one should ever be compelled to come to work when they are sick.”

The new law does not exempt small employers, as some other states have done. But it will allow employers that already offer paid leave programs to qualify under the law as long as they meet its minimum terms.

The Healthy Workplaces Act will apply to all parts of New Mexico, including Bernalillo County where a paid sick leave ordinance for unincorporated parts of the county is in place but is not as generous as the state law.

Over the last year, the Department of Workforce Solutions has crafted rules governing the paid sick leave law and crafted posters that businesses will be required to display on their premises.

The posters will be available in both Spanish and Navajo, in addition to English.

DWS Secretary Ricky Serna said the agency has the authority to file civil actions against businesses that violate the law, but hopes such lawsuits are not necessary.

“We’re going to put a lot of trust in education and mitigation,” Serna told the Journal.

‘Everbody’s going to be healthier’

Fred Whiteman-Jennings said paid sick leave will help her and many other working New Mexicans not have to worry about taking time off to tend to her two kids who may be sick.

Whiteman-Jennings, a member of OLÉ New Mexico, a nonprofit group that was part of a coalition of organizations that lobbied for the new law, left her previous job because she was “pinching pennies” when she’d take time off. Her new employer, she said, has a robust benefits package that allows her more flexibility – and she says it’s the kind of flexibility every working New Mexican deserves.

“If I can stay home and take care of myself (and) I can take care of my kids – keep our germs to ourselves – everybody’s going to be healthier,” she said.

“At my previous job, I had no paid leave at all. … There were days that I was pinching pennies to make ends meet by the end of the month,” she added. “And, you know, that’s not unusual – that’s everybody’s story, really.” 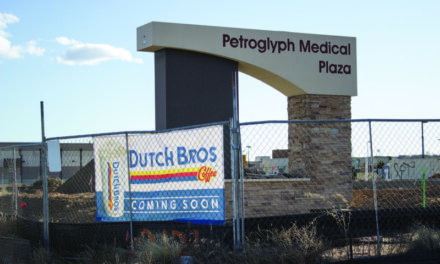 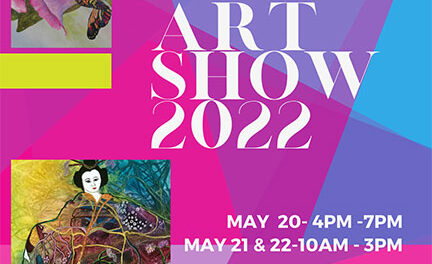