New book: Learn the difference between manager and leader 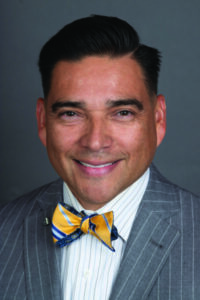 Rob Melendez said he started writing his book “Focus on the passion, not the position: A book on leadership” four years ago, and finished it two years ago.

It’s newly published by and available on amazon.com.

“I’ve always been interested in helping people, since I was a young boy,” he said, when asked “Why write a book?”

“I’ve been given lots of opportunities to serve in leadership positions,” he said, “to make wherever I was better. … My ‘why’ in this world was to always contribute and make things better.”

So, he’s basically paying it forward, “to contribute to something bigger than myself, to make the place better than the way that I found it.”

Melendez, an ophthalmologist, formulated what the book would be about when he was at Oakdale (Calif.) High School in the mid-1980s. 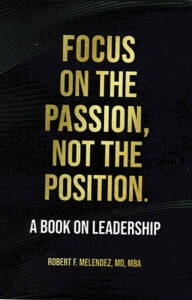 That’s when leadership became important to Melendez, who resides in Corrales and is the CEO of Juliette Eye Institute, which he founded in honor of his mother. Juliette Melendez was diagnosed with a blinding eye disease known as Retinitis Pigmentosa when he was a small boy living in Albuquerque’s International District.

Her eye disease motivated her son to pursue a career as a physician, later becoming an eye surgeon.

Someday, Melendez hopes to find a cure for Retinitis Pigmentosa, and he hosts annual events to raise proceeds to supplement research, as well as provide college scholarships for those entering the world of ophthalmology.

Leaders are always important, Melendez says. In his book, readers see his desire to take active roles in his OHS years, after the family moved to California before he entered fourth grade.

Perhaps the basic theme of the 87-page book is “A leader gives credit, whereas managers take credit.”

“Aristotle said it best,” Melendez said. “‘In order to be a good leader, you must first be a good follower.’ It wasn’t easy for me to learn that concept because I was always in charge; I was always the president or the vice president, but mainly president (in high school and college).

He also learned a lot during a nine-year stint in the U.S. Air Force/New Mexico Air National Guard, which he joined to give back to his country.

“The first time I realized I’m making a big impact was probably back in my junior year in high school,” he said.

Among other things, he had painted a locker in the school’s colors and used it as a receptacle for suggestions from students.

About half of the book is biographical, right through his days as a chief resident at the University of Texas Health Sciences Center.

Melendez is still learning on a daily basis, with 13 employees at Juliette Eye Institute. The concept of putting patients first is behind the title of his book, because, he says, “The passion is all about the people.”

Statewide COVID hospitalizations down to 51 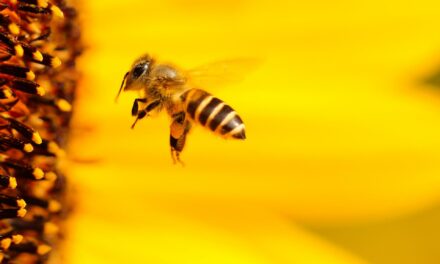 Bluebells, lilies, poppies, and more: These are the native wildflowers blooming near you