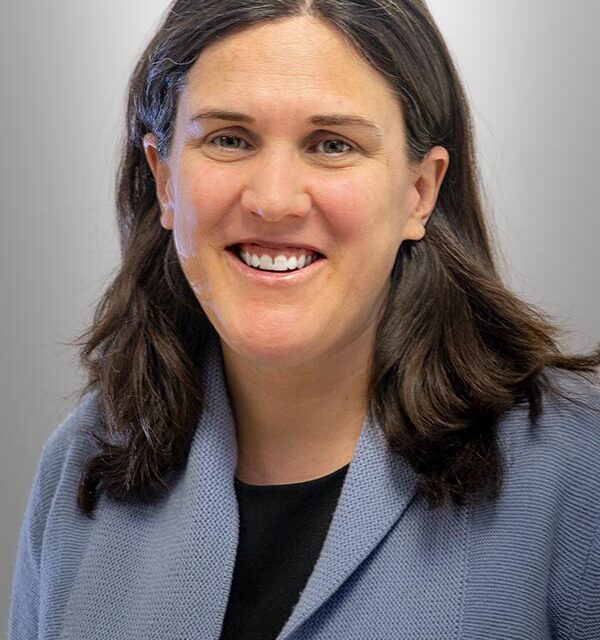 I’ve never seen monkeypox. I didn’t think I would see Ebola either or a pandemic with SARS-CoV-2 — University of New Mexico Hospital epidemiologist Meghan Brett, MD

Two-and-a-half years after the SARS-CoV-2 coronavirus spread across the world, New Mexico health care providers are seeing the first cases of monkeypox, a viral disease that more typically occurs in West and Central Africa.

Monkeypox belongs to the same family of viruses as smallpox, but it is much less dangerous, and people are unlikely to require hospitalization, said University of New Mexico Hospital epidemiologist Meghan Brett, MD. The pox rash can be intensely uncomfortable, however.

“It’s basically fever and a rash,” she said. “The rash goes through various stages of development. Often, it starts off flat and then it becomes more like a fluid-filled vesicle. It is more painful, in my understanding, than chicken pox and it’s more deep-seated.”

The disease is primarily passed via skin-to-skin contact, said Brett, an adult infectious diseases physician and associate professor in the UNM Division of Infectious Diseases.

“This is generally occurring among men who have sex with men,” she said. “More intense contact is probably what’s needed for transmission. That can be contact with the skin lesions themselves, or it can be transmitted by respiratory secretions, but it’s really more prolonged face-to-face contact where that’s going to happen.”

It takes an average of eight days following exposure for an infection to appear, Brett said, although in some cases it may take up to three weeks. People may remain infectious for up to four weeks.

Brett emphasizes that the monkeypox virus is much harder to transmit than the coronavirus. “Casual contact is not going to be the mode by which this generally gets transmitted,” she said. “People can still go to the grocery store.”

Fewer than two dozen monkeypox cases have been reported in the state so far, but more will probably emerge soon. “I think New Mexico is often late to the game with every infection that I’ve seen,” she said. “We weren’t the first state to be impacted by coronavirus, and it took a while to get here. This is not dissimilar.”

Swabs of the skin rash from people with suspected monkeypox infection are currently tested at the New Mexico State Laboratory, and then sent to the Centers for Disease Control and Prevention (CDC) for confirmation, Brett said.

“Many people who have this infection won’t need treatment,” she said. High-risk patients may also be treated with tecovirimat (marketed as TPOXX) an FDA-approved medication for smallpox, Brett said.

Individuals who are exposed to someone with monkeypox may qualify for the monkeypox vaccine, which can prevent or lessen the symptoms of an infection. This depends on the risk of exposure and is available through the New Mexico Department of Health.

Prevention is key, Brett said. Tips include safe sex practices, including condom use and asking your partner about any monkeypox symptoms. Avoid close, skin-to-skin contact with people who have a rash that looks like monkeypox (or that you can’t identify), and be aware of any new rash on yourself.

Two strains of monkeypox are known to exist in rodents and primates in West Africa and the Congo Basin. At some point it spilled over into humans, and Brett believes it circulated locally for some time, but remained contained.

“The West African strain is less severe, and that’s the one that’s currently circulating,” she said. “Because this is a less severe manifestation, it doesn’t surprise me that this could have gone through more sustained transmission before things were detected.”

In recent years infectious disease experts like Brett have grown accustomed to the appearance of new zoonotic diseases – infections transmitted from animals to humans – and the reappearance of old diseases.

“I’ve never seen monkeypox,” she said. “I didn’t think I would see Ebola either or a pandemic with SARS-CoV-2. I think that’s the interesting thing about infectious diseases. I also don’t think I would have seen polio circulating in the U.S. but evidently that’s back on the table, too. The current pace is surprising.”