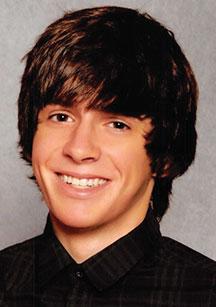 Sometimes, there are no warning signs. 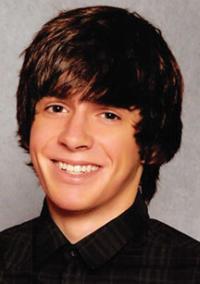 That’s what Lara Harrison says when she thinks about her son Benjamin, a senior at Cleveland High School when he took his own life Oct. 3, 2019.

Looking back through her tears as she recalled the worst night of her life, the recent death of one of his friends may have led to Ben’s sadness and decision to end it all. She bears no guilt, nor should she: The family provided the best they could, and a couple months before had enjoyed a tropical vacation.

He had been depressed, she knew, but not to the extent of comedian/actor Robin Williams, who took his own life.

“Ben was smart and had a terrific sense of humor. He had friends that cared about him; he dated; he fit right in. I saw him that day in class while we were building a set,” recalled CHS technical director for fine arts Keith Abrahamson. “He had a power tool in his hand, which was the usual for him — a purpose — and he told me he was doing fine when I asked him; (there was) no sign of anything unusual at all, even though at the time he knew exactly what he was about to do: a permanent solution for a temporary problem.”

What happened, Lara Harrison was asked.

“Well … I don’t know,” she said, a packet of Kleenex nearby. “Ben was a very pleasant person and he suffered from depression. I think he probably had a tendency toward depression … he was very melancholy.”

The family became aware of Ben’s depression when his behavior changed after going on medication to clear up acne. The dermatologist took him off the drug, which could cause depression as a side effect.

He also started seeing a counselor in February 2019.

“He saw the counselor once a month — that’s all they thought he needed. We were not privy to the conversations they had, because he was over 16,” Harrison said.

Ben was slated to see the counselor for the final time shortly before his death.

“I relied on the fact that a professional was treating him and that if he was depressed and he needed medication or something, that she would have talked to us and recommended that,” she said. “He wasn’t happy about seeing a counselor, but he went every month…

“He always seemed older than he was, and along with that mindset, he thought he should be in control of everything,” she said, laughing at that memory. “He was a teenager; we didn’t have any issues with him as far as his behavior, except he would argue with us about things.

“He actually was pretty much a homebody; he did most of his socializing online. He and his friends had a chat room and he would be online all night, talking with them or playing games with them,” she said. “He was very private about his personal life.”

“After he got into high school, we really didn’t know his friends,” Harrison said, although after her son’s death, she discovered he had a wealth of friends who came to their home. “He would talk about them, and we’d say, ‘Why don’t you have your friends come over and play games?’ He was not like that; he said, ‘I have different friends and they don’t all get along and it’s easier not to do that.'”

At CHS, he excelled in his favorite classes: theater tech and Chinese. Descriptions picture him as a typical teen, although he really didn’t want anyone to know he was a Boy Scout, “because that was an embarrassment,” she said.

“Probably a month after he had gone to counseling, he left us a note, ‘I’m feeling suicidal and I’m going away tonight; and don’t worry about me, I’m fine, I’m not going to do anything, I just need to be alone.

“My husband texted him and said, ‘If you don’t get back home right now, I’m going to call the police,’ so he came home,” she recalled. “He didn’t take his car; he just took a backpack and went out there (to a nearby park).”

Harrison had talked with her son about suicide and about a friend of hers taking his own life while they were in high school.

“I had always told my kids about that, how horrible it is,” she said. “We had lots of conversations about suicide. I let them know how horrible that is and how selfish it is and that’s never your option. So, of course, we sat down and talked to him when he came back (from the park). He was feeling lost and had just broken up with his girlfriend.”

Before that, Ben had denied having a girlfriend.

Later, at the end of May, he had another girlfriend.

“They kind of dated through the summer, but they didn’t see each other very often. In August, we went to Hawaii. We decided, ‘This is our chance’ … and had a great family vacation,” Harrison recalled.

Ben broke up with that girl soon after, and one of his friends from Boy Scouts died in mid-September.

“I said, ‘Promise me you’ll never do anything like this,” Harrison said. “We sat around the table every night, for dinner, and talked about issues. He told (his late friend’s mother), ‘No, I will never do that.’ A week later, he did. He had planned to do it that day.”

The family found a three-page letter Ben had written “about how he was feeling and it wasn’t our fault, and all the things wrong with us, and he was mentally ill … and he had to do this.

“He dated (the letter) the day (his friend) died. He told us exactly what he was going to do; I don’t know how he got the gun out of our gun safe, but he did, and he sat in his car and he drove out by the armory and shot himself. He told us where he was gonna be.”

It had been a typical Harrison night. Ben gave Harrison’s husband, Todd, a long good-night hug before bed. He told his mother he loved her, and she said she loved him.

That set the stage for Ben allegedly going to get gas for the car.

“We gave him 15 minutes and he wasn’t back, so Todd tried calling him and texting him, and nothing, so we went in his room and found on his screen that he had written this letter.

“We called the police immediately and they went out there — and it was too late,” she said. “But he had gone and bought gas first; he had a receipt. He filled up his tank for nothing.

“I just couldn’t believe it — I always felt like he felt like that was not an option for him, just because of our conversations. He wasn’t excited about graduating from high school; he didn’t know what he wanted to do. I think he felt a lot of pressure about what comes next.

“He just felt that the expectations that we placed on him, and others, were too high,” she reasoned. “… I felt my job as a parent was to make sure he got good grades and that was his job; your job as a teenager is to go to school and do well.”

She doesn’t feel guilty about pushing her son to do well in school and doesn’t know what she could have done differently.

When his friends began gathering at their home, Harrison said, “They were all just shocked; nobody knew he was planning this.”

“He wasn’t talking to people as much, and he was withdrawn,” she said. “There were literally no signs that he was planning anything. We had no idea at all.

“That’s the worst thing; I have no advice to give to parents, as far as how to help your child. We helped ours the best way we could. Looking back now, I think he was clinically depressed and he probably needed medication,” Harrison said.

After her son’s death, Harrison called the counselor, hoping she and Todd could attend what would have been Ben’s final appointment.

“We met with the counselor and her boss, and the counselor was beside herself. She’d been doing this for 25 years and nobody had ever done that, and that all indications (didn’t show suicide as a possibility). … She thought that he was OK,” Harrison said.

After obtaining the notes from the sessions, Harrison said, “She had written on there that he was depressed, but it was more like teenaged depression. He had highs and lows, so she didn’t have any idea that he was going to do something like that, either.”

The couple’s other son, Nick, is a CHS sophomore.

“He’s doing very well. He’s getting away with a lot of stuff,” she said, laughing, and hoping for the best. “The things that we have learned from this experience is those little things are not important … like what your grades are, or if you didn’t turn in an assignment or didn’t do your chores.” 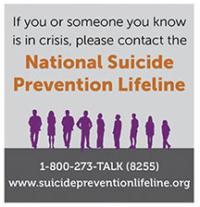 Following Ben’s death, neighbors planted a tree and flowers in the family’s back yard while Harrison was at work to remember Ben. And CHS’s theater tech class offered a scholarship to a student from its program, after the Harrisons turned over the $2,020 people had gifted them after their son died.

“One of the good things about all this is: Isn’t it amazing how many good people are out there? All of the love that we have felt from people, and the support, it was overwhelming,” she said.

Another good thing was that several of her friends talked with their children about suicide.

“(Ben) is missed, obviously,” Abrahamson said. “We started to build a shadow box in his memory when all of this (pandemic) started; we’ll complete it upon our return and mount it in our ‘Scene Shop.'”

Harrison would be happy if she never has to tell someone, asking how her sons are doing, about Ben’s tragic demise.

“The (Office of the Medical Investigator) offered us free counseling, and our counselor has been wonderful,” she said, focusing on the future while never forgetting the past.

“It really is a living hell,” she said. “I believe Ben is at peace and with God. I am just overwhelmed with his loss, for our family and friends and what could have been.” 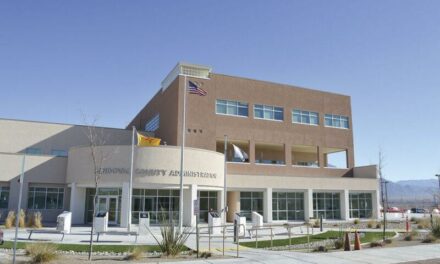