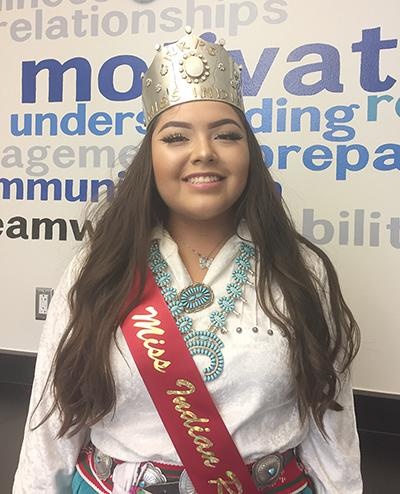 Looking back, Makila Furcap remembers not wanting to move with her mother from Flagstaff, Ariz., to Rio Rancho. 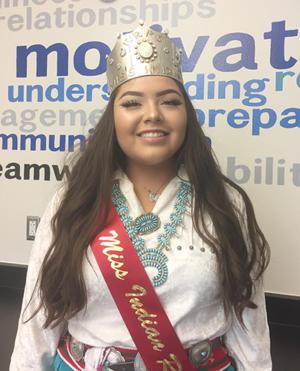 Almost five years later, she’s come a long ways — and more than the 400 or so miles from “Flag” to the City of Vision.

Makila (“muh-KI-luh”), 16, was wary of leaving her hometown, grandparents and the nearness of Navajo Nation in the winter of 2015. But she and her mother, Shannon James, who had a new job as a medical assistant at UNM-Sandoval Regional Medical Center, made the move, and Makila found herself with a new batch of friends at Eagle Ridge Middle School.

“At the beginning, I did (fit in),” she said. “A lot of people kind of accepted me, but down the line, you know, middle-schoolers nowadays get into trouble and that’s what happened. … I’m not friends with them anymore.”

Makila exited that bunch and stayed out of trouble.

She has plenty of friends today, the Cleveland High junior said, and a new title — Miss Indian Rio Rancho Public Schools — bestowed upon her at the annual Native American Pageant held by RRPS on Nov. 21.

Although her grandparents were raised and lived on the Navajo reservation, Makila’s mother spent many years in the Phoenix area, so Makila is basically a “regular” 21st-century teen — but with respect for her heritage, evident when she wears her turquoise squash-blossom jewelry in the hallways of CHS.

“I lived with my grandparents most of the time, so whatever traditions they grew up with, they would try to put that on me and my mom; I grew up with whatever they taught me,” she explained.

Makila has been playing the viola for five years and is in the CHS orchestra and active in DECA. Her hobbies are painting and photography.

She has her eye on a career as a doctor in radiology, so she’s already looking ahead to her college years, starting with a couple years at Central New Mexico Community College and then a transfer to the University of New Mexico.

“Over the summer, I did this health sciences program,” she said, which led to thinking about a medical career. “It was like a month, almost, and we had people from UNM hospitals come and talk about their jobs and we got to shadow people in their jobs.”

One of the people she shadowed inspired her after Makila heard how the professional had begun her career path with classes at CNM.

Makila said she’s sure the tougher challenges at CHS, compared to those in Flagstaff, should help her focus on her career dream. She’s taking Advanced Placement classes in U.S. history and English literature.

Sadly, she said, the U.S. history course doesn’t include much about manifest destiny and what Native Americans faced in the 1800s.

“They just go over it really fast,” she said. “We went over the first Native Americans and that was probably it. … It should be more included, because not a lot of people have background knowledge of what happened, and I think it kind of affects how kids think now. When they talk about Native kids, they don’t really think about what they’re saying.”

Still, she says, “I feel comfortable and happy here,” wishing more Native American youth would become involved with their heritage and, as far as the girls are concerned, compete in the next Miss Indian RRPS pageant.

“Kind of what made me want to sign up for this (recent pageant), was in school, I saw there wasn’t that much participation from the Native kids,” Makila said. “The counselor here does her best to get more kids involved. I remember the first meeting I went to — there was like me and three other girls that attended.

“I thought education-wise, I could be a voice to kind of improve the education here for the Natives, like bringing in more language classes here, like Navajo and Keres (spoken at several pueblos in New Mexico).”

She said, given that obtaining foreign language credits at CHS was mandatory, she would have preferred Navajo over Spanish, but her native tongue isn’t offered there. 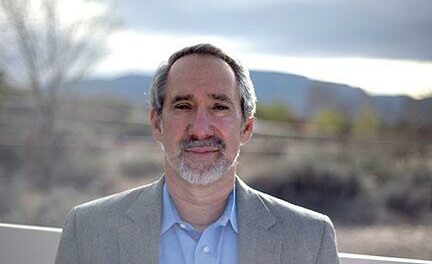 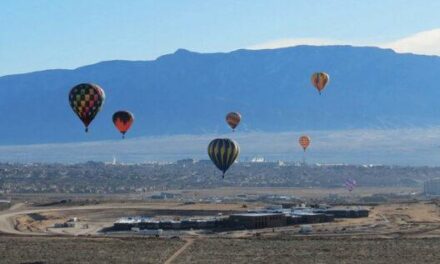