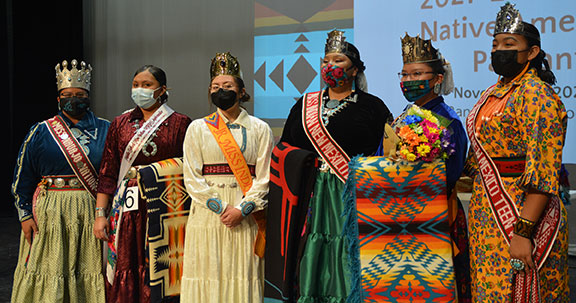 A Rio Rancho High School freshman decided to push herself out of her comfort zone – and became the 2021-22 Miss Indian RRPS as a result.

Clark participated in the pageant for the first time this year.

“I’ve been inspired by many of my friends with their encouragement,” she said, adding she decided to push herself and leave her comfort zone to join the pageant. “It is an honor to represent RRPS.”

The pageant was online only last year because of the COVID-19 pandemic. Organizer Suzanne Nguyen, the RRPS executive director of federal, bilingual and Native American programs, said five contestants participated in person this year and one more joined virtually.

“We were extremely happy to host an in-person event and give our students a community space to celebrate Native American culture together,” she said.

This year was the first the pageant expanded to include middle school students, and Nguyen hopes to have elementary students participate next year. She said she’d like to see the youth mentor, share with and inspire each other as the pageant grows to include more age groups.

The pageant starts with contestants applying to participate, which requires them to meet certain criteria.

During the event, contestants must give an introduction in their tribal language, show a talent and answer interview questions.

Clark applied in mid-September. Since then, she said, she had been working on her writing skills and performing solo to overcome her stage fright, as well as practicing violin almost daily.

She prepared for the pageant in her free time, even reading over possible interview questions and answers when she had a little down time in classes.

Clark said new challenges help her be a better leader and succeed in life.

“At first, I felt very nervous, and I really didn’t expect to win,” she said.

As the pageant progressed, she gained confidence and did well.

Next year, Clark said, she gets to crown the new pageant winner and honor her with respect, support and kinship. 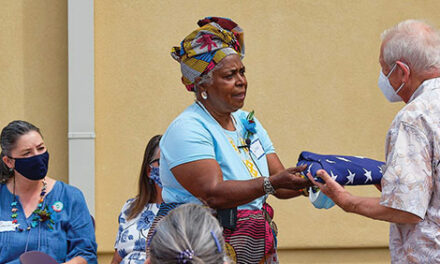