Sandoval County Deputy Sheriff and other officers were called to NM-528 to deal with Valentino Puentas, 28, who was “passed out” at the wheel at the light by 528 and Montoya.

According to the criminal complaint, the deputy and one other officer attempted to remove Puentas from the vehicle, but he woke up in the process.

When he woke up, the deputy said Puentas screamed at him and placed the vehicle in drive, according to the complaint. Puentas proceeded to drive forward rapidly, which pulled the deputy along and injured him. He continued to drive recklessly away from officers towards the Sandoval County Detention Center on Montoya Rd.

When the deputy caught up to Puentas, he observed Rio Rancho Police officers as they placed him under arrest in the parking lot. There was severe damage to the car Puentas was driving and the fence near the jail, according to the complaint.

EMS was on scene by then and assessed Puentas for any injuries. The deputy was then notified by a fellow officer that they has found about 14 fentanyl pills in a bottle in the car. The deputy also found a second orange bottle that had no prescription identification that held about 47 Xanax pills.

Puentas was escorted to the sheriff’s office to begin paperwork. For possession of a controlled substance on two counts, aggravated assault upon a peace officer, and fleeing an officer he could face as much as seven or more years in prison. He committed three acts of a 4th degree felony and one act of a third degree felony. 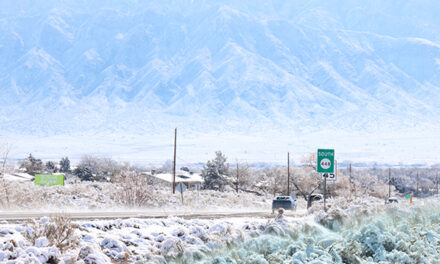