A Rio Rancho man faces assault and battery charges after physically confronting his wife and mother-in-law a few weeks ago.

Seth Montano, 29, pleaded not guilty at his arraignment on Thursday at Sandoval County Magistrate Court.

He will appear before Sandoval County Magistrate Court Judge Delilah Montano-Baca at a pre-trial hearing scheduled for 10 a.m. May 4.

About 4:40 p.m. March 14, Rio Rancho Police Department was dispatched to a call of a domestic incident in the 1700 block of Chisholm Trail NE.

Seth Montano was reportedly drinking when his wife and her mother came by to take him to a hotel so he could stay there for the night.

After they arrived, Montano came outside and became belligerent with them, according to court documents. He then allegedly opened the driver’s side door and grabbed his wife’s chest area in an attempt to get her out of the car.

The woman’s mother picked up a cell and tried to dial 911 when Montano dived over his wife and tried to grab his mother-in-law so she could not make the call, according to the criminal complaint.

His wife told her mother to get out and run, which she did — until Montano caught up to her. He then allegedly grabbed the phone from her hand and threw it on the street, breaking the phone, according to the complaint.

A neighbor who heard screaming from outside her home came outside and saw the mother sitting on the curb across the street. Seth was standing over her with both hands on her shoulders yelling at her. That was when the neighbor called RRPD, the complaint states.

When the police arrived, they tried to contact Montano, but he refused to come to the door. His mother-in-law called him, then gave the cell phone she was using to an officer who tried to speak with Montano, but he hung up.

The neighbor offered to take the wife, her baby and mother to a safe location for the night.

A warrant was issued for Montano, who was later arrested. 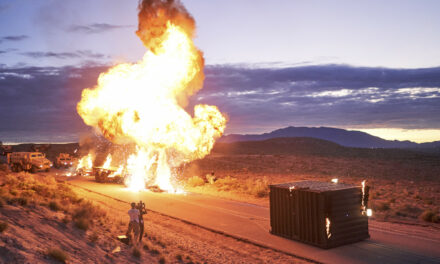