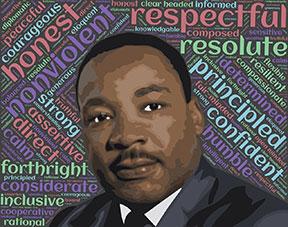 The nationally recognized holiday, Martin Luther King Jr. Day, is today. If he were still alive, King would be 92 years old, but it might not have been a happy birthday, per se.
According to history.com, King’s famous “I Have a Dream” speech, delivered before a crowd of some 250,000 people at the 1963 March on Washington, remains one of the most famous speeches in history.
That speech was immediately recognized as a highlight of the successful protest, and has endured as one of the signature moments of the civil rights movement, according to the website.
Fifty-eight years ago, King — assassinated April 4, 1968 — had offered up hope that his “four little children will one day live in a nation where they will not be judged by the color of their skin but by the content of their character.”
But too often, people are being judged by the color of their skin.
Rev. Charles Becknell, 79, is among them — he’s faced racism and prejudice from the time he was growing up in Hobbs through the next seven-plus decades of his life.
“Let me just say this: I attended a segregated school through the first six grades; the first teachers — the only teachers I had at that school — were Black,” he said. “I tell people that in 1954, I entered junior high school and they had integrated the schools that year, and through junior high, high school, college — for my master’s and PhD — I never had another Black teacher.
“There’s something wrong with that picture — I just say that to say, in the early days, growing up in Hobbs, there were segregated restaurants, neighborhoods, water fountains, schools, and this was the case throughout Lea County — churches, too.”
He recalled an incident when he was a high school basketball player.
“The Black players said we wanted a Black cheerleader; the chairman of the school board said there’ll never be one,” Becknell remembered. “(For homecoming), the captain of the team usually escorts the queen — the captain was Black. Uh-oh, there’s a problem now: We’ve got a Black young lady to be part of her court, so the Black guy escorted her and a white guy escorted the queen.”
In 1962 while home from college, he and some friends walked into a restaurant.
“A waitress walked by us, and the manager came by and said, ‘We can’t serve you,’” Becknell said. “We called the district attorney, and he got on the phone and he called the manager and said, ‘Look, this is a new day in Hobbs. I want you to serve these boys.’
“We went back in there, sat down — and the waitress threw the menu at us. She asked, ‘What do you boys want?’ My friend said, ‘a pine float.’ She never heard of it; he said, ‘A glass of water with a toothpick in it.’”
He and his friends left without any pine floats.

Flash ahead to 2021
“I was watching (the Jan. 6 riot at the Capitol). When I saw that, I said, ‘This is beyond protest,’” Becknell said.
“In this country, we have a right to peacefully protest; this is what got us to the point we got to today,” Becknell said. “Dr. King organized those protests in the South, and they were non-violent protests.
“I was appalled, but I wasn’t surprised. They took it to another level,” he said. “Had that been Black protesters doing that, there would have been bodies all over the place, I am convinced of that.”
As for King, Becknell said, “I believe that, No. 1, he would be appalled. But, No. 2, he would continue to preach and teach non-violent strategy as a way to bring about social change — and I believe he would have access, too, to the Biden administration and I believe he would be listened to.
“I saw this coming, this mood,” Becknell said. “They say by the Year 2030, America’s gonna flip — be predominantly black and brown and Asian. Now, anytime a Black person moves up the ladder, that’s a threat, and there’s nothing worse than a scared person.”
Looking ahead into the incoming Biden Administration, he said, “I’m always optimistic; I never give up on bringing about change in this country.”
Despite his age, education, manner of speaking and contributions to others, Becknell says, “I don’t feel safe in this community. Here’s the thing — it doesn’t matter if you’re well-dressed, educated and speak well. We need to change the racial climate in this area.” 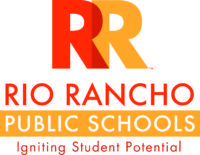