Letter to the Observer: Reducing gun suicides with law

There are misconceptions regarding New Mexico’s “red-flag” gun law.

The law is designed to reduce gun suicides and gun-based domestic violence, the latter mostly against women. Eighteen States passed these laws, several since President Trump said, after the Parkland, Fla., massacre and before the NRA stopped him, “We must make sure that those judged to pose a grave risk to public safety do not have access to firearms, and that, if they do, those firearms can be taken through rapid due process. That is why I have called for ‘red-flag’ laws, also known as extreme-risk protection orders.”

Connecticut and Indiana passed these laws years ago, and suicides and fatal domestic violence incidents dropped from 7.5 percent to 14 percent. The fear of guns wrongfully taken did not materialize, due to the “rapid due process” where judges must quickly hold hearings and take sworn testimony before taking away a gun for a reasonable period of time.

Since our republic’s founding, the U.S. and all state constitutions allowed confining people before any crime conviction.

New Mexico’s red-flag law contains more procedural protections before any gun removal than for parents facing removal of their children from their home.

New Mexico’s red-flag law allows temporary gun removal only after a police officer finds good cause and a judge agrees, unlike most states. Others allow gun removal if a spouse/live-in significant other or neighbor files a complaint.

To those who believe the Second Amendment bars any temporary gun removal, Supreme Court precedent has settled guns may be seized or prohibited in many instances. In Heller v. DC (2008), the most pro-gun U.S. Supreme Court decision in history, the conservative justices’ majority re-affirmed government may prohibit guns from schools and buildings, remove guns from those with mental-health issues or committing felonies, and set further “limits” and “conditions” on gun use consistent with circumstances facing our nation.

We know gun suicides and gun usage in domestic violence cases constitute the majority of our gun deaths, which has led to more “red-flag” laws.

The sheriffs association should enforce red-flag laws, as good guys with a gun can turn into bad ones in a flash if suffering from depression or rage.

One hopes its opposition is not personal, as police officers have a 52 percent higher suicide rate than the general population and, depending upon yearly snapshots, up to 40 percent of police-officer families experience domestic violence. In fairness, police officer suicides are lower than the sub-population of white males ages 26-54, which does not answer the domestic-violence concern.

New Mexico acted reasonably in passing this law, and time will show its actual effects. The law may even save a good person who owns a gun when a crisis hits that person’s life. 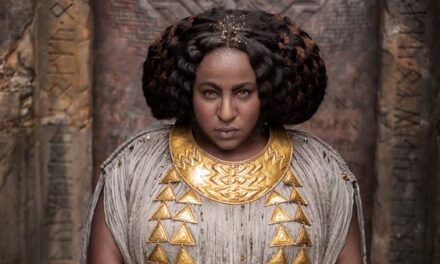 8 things you need to know about COVID boosters