Letter to the Observer: Federal hoarding of HCQ

I was glad to see Katherine Owre’s reply (Aug. 2 Observer) to my letter of July 26. I sometimes wonder if anyone reads anymore.

The Zelenko/Hydroxychloroquine (HCQ) controversy is an interesting study of what happens when “out of the box” thinking runs up against Establishment SOP.

Standard operating procedure is a collection of rules and habits which allow people of limited intellect to nevertheless function productively in society, a good thing. However, SOP rarely if ever advances science or society.

Advances are made by “out of the box” thinkers, whether John Lewis or Christopher Columbus.

This is what has happened to Dr. Zelenko.

Lethal diseases are treated in hospitals, with expensive beeping machines. Zelenko’s treatment happened in the family doc’s office and at home, and short-circuited the entire process, by making hospitalization unnecessary. Apostasy!

The fact that it was far more successful than anything else medicine had to offer was beside the point. The fact that it involved $20-30 worth of pills, and no procedures, made it even more threatening.

The doctor freely gave out the “recipe,” but the government has refused to follow it. It tested only one of the three ingredients alone, and at the wrong time, and claimed it unsuccessful.

This is like getting a cake recipe, leaving out most of the ingredients and then complaining when you don’t get cake!

As to the relative hazards of HCQ and Aspirin: The PDR, Prescriber’s Digital Reference (formerly Physician’s Desk Reference for us pre-digitals), lists numerous known, suspected and theoretical hazards of most drugs, covering many pages.

Would our government lie to us? Remember when masks were useless?

Nazi propagandist Joseph Goebbels said that if you make the lie big enough, and repeat it often enough, people will believe it. Whenever a politician speaks, there is a strong suspicion of untruth.

When that politician is from New York or San Francisco, that suspicion doubles. When NY and SF shout in unison, it becomes overwhelming.

“Save the public from this drug!” translates to “Save this drug from the public, so there is more for me and my friends!”

The federal hoarding started because docs were hoarding HCQ for themselves and their families. If you were working in a COVID ward, wouldn’t you?

If it has to be rationed, admit it and make more! Don’t lie to us!

Writer: It’s time to put away those Christmas lights

Letter to the Observer: Rio Rancho grandma has water-saving tips 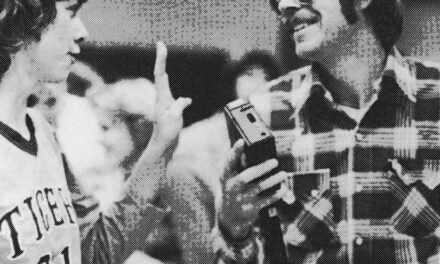 Gary’s Glimpses: Back to the future, so to speak, at LLHS