Letter to the Observer: DC is a swamp

Editor:
The trouble with Trump is he showed millions of Americans the truth about Washington, D.C.
He showed them the D.C. Swamp (which includes the Democrat leadership, the Republican-in-Name-Onlys, the Never Trumpers, the lobbyists, the mainstream media, Big Tech, entrenched bureaucrats, etc.) does not care about the average American citizen. He showed us how immoral, greedy, self-centered, evil, corrupt, ineffective, inept, contemptuous, deceitful, power hungry, etc., D.C. really is.
Trump showed us D.C. has been lying to the American people for decades with promises of a better life for all. He did for the average American citizen in less than 48 months what D.C. has been promising for decades and never following through: a higher standard of living for all Americans.
Now, for the D.C. Swamp to get “back to their normal,” they have to do whatever they can to destroy Trump the man and all he accomplished for this great country. And they need to make sure Trump can never run for office again, even for dog catcher at Mar-a-Lago.
Perhaps the American people need to hear something I learned a long time ago, sitting in a classroom at UNM, listening to a noted professor in the Special Education Department.
What he said was somewhat depressing, but I think is true and it is this: Every organization starts out with a noble cause. The organization, for a while, exists for and promotes that noble cause. But, over time, the noble cause becomes less and less important as the very existence of the organization becomes more and more important.
For example, Henry Ford’s noble goal was making a car the average American worker could afford to buy. Is that Ford Motor Company’s goal today?
Probably not. I would say the goal of Ford today is the bottom line.
Our Founding Fathers’ noble goal was to build a country that was “of the people, by the people, for the people.” Is that the goal of the American government today?
From what I see going on in D.C. today, it is not. The Swamp exists for the good of The Swamp.
The only way I see we, the people, changing “The Swamp” is through a second American revolution, and that is to vote all of them out. Every last one of them.
Kenneth Moulton
Rio Rancho 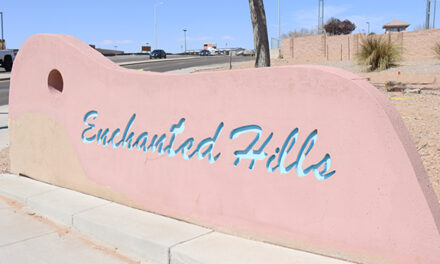 Letter to the editor: 2020 graduates can unite in unique times