Are we to assume from the political cartoon in the Jan. 19 issue that someone who condones assassination is more electable than someone who has been unable to prevent the decline of the coal mining industry?

Many people all over America have lost their jobs due to technological advances. It’s unfortunate, but the best approach is to provide accessible educational opportunities toward obtaining new jobs in other fields.

Trump, on the other hand, has set a very dangerous precedent by bombing a foreign official with an unmanned drone. I would like to think that previous attacks on ISIS leaders would have allowed the possibility of surrender and taking prisoners, but that didn’t happen.

Sending a drone shows clear intent to kill without any option for surrender.

Nobody outside of Iran mourns the loss of Soleimani, but there must have been a better approach to dealing with potential attacks on U.S. embassies rather than risking war with Iran.

Sending a drone to assassinate someone at an airport seems cowardly to me, and I think we can now expect other world leaders to start using similar tactics.

Should dictators like Kim Jong Un think that it’s OK to blow people up outside of North Korea? I certainly hope not. 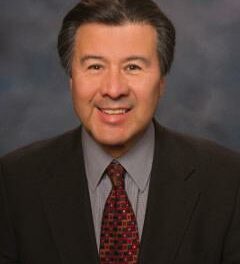 Gary’s Glimpses: On the road again