Letter to the editor: Broadband is crucial to NM

Of all the issues facing New Mexico, the limited access to broadband service should be at the forefront of the legislature’s agenda. The COVID-19 pandemic has made it abundantly clear that New Mexico can no longer afford to punt this issue to another year.

According to the New Mexico Department of Information Technology, 20 percent of New Mexicans do not have internet connection. In the digital age, access to internet connection is a human necessity – one that should be equally available to all citizens.

When internet service is inaccessible, low-income households, people of color and those living on rural or tribal lands are disproportionately affected. Improving access to broadband in all areas of New Mexico will reduce this digital gap and increase telemedicine accessibility, allow students to do remote schooling and encourage new enterprises to come to the state.

Support for legislative action to remedy current broadband deficiencies is wide-reaching, receiving support from both sides of the aisle and both public and private sectors. Nonpartisan advocacy groups like Viante New Mexico are working with legislators to promote broadband policies that focus on common-ground solutions to the digital gap that will deliver positive results for New Mexico’s citizens.

Viante has garnered the support of 15 multidisciplinary partner organizations like Central New Mexico Community College, AARP of New Mexico, the New Mexico Chamber of Commerce, and NewMexicoKidsCAN, to name a few. The variety of organizations represented in these partnerships demonstrates that improving broadband will have a positive impact on every sector in the state.

The New Mexico Legislature has been making progress in the right direction for the past decade, but the 2021 Legislative Session presents a critical opportunity to build a reliable foundation for quality broadband service. The policies proposed in this session would address the digital divide and greatly benefit New Mexico.

Senate Bill 93, the Broadband Access and Expansion Act, was one of the first bills introduced in the 2021 Legislative Session. This bill is a comprehensive policy that addresses the most important areas of improvement.

The bill would establish an Office of Broadband Expansion that would be the central authority for New Mexico broadband. The office’s scope of work would include setting quality standards, devising a uniform system for regulations, coordinating funding and writing a three-year broadband development plan for the state.

The house bill would establish a Broadband Development Division. This division would create a broadband development plan for the state, procure funding and infrastructure, and provide the New Mexico public with information regarding broadband availability for each county.

It is the duty of the legislature to push New Mexico towards a better future, and better broadband is certainly necessary to do so. The New Mexico Legislature needs to take immediate action to pass Senate Bill 93 and House Bill 10 to put New Mexico in a position to succeed.

Writer: Don’t force religion on me 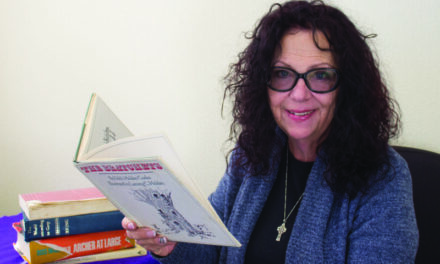 From My Bookshelf to Yours: Staying sexy and not getting murdered