Spread your people so thin that you can’t win!

A history of Sandoval County Native American commissioners as related to Native American district population percentages and winning elections is a story about election math.

This history lesson explains why the proposed Chavez redistricting plan, which would have reduced the percentage of Native Americans to 22 percent in District 5, would almost guarantee that no Native American would be elected to the commission.

The reduction of Native Americans to 22 percent in District 5 would dilute the influence in elections and voting power of a racial, ethnic and language minority group, would be unlawful under the Voting Rights Act and would be in conflict with the New Mexico Supreme Court’s position in Maestas vs. Hall 2012.

After the presentation, Rod Adair, owner of New Mexico Demographic Research, was approached by several people thanking him for the explanation of election math and saying they had listened to his narrative and it completely changed their perception of what was being discussed. 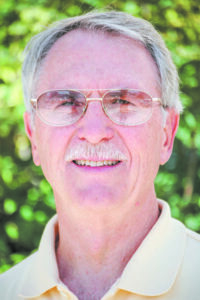 Although they had testified against Plan D, they “got the math” and the historical narrative made total sense.

Claims of “packing” Native Americans into one district demonstrated a lack of knowledge of the law regarding packing.

The Native American population is 11.4 percent of Sandoval County, and it is not logistically, mathematically or legally possible to pack so that Native Americans are anywhere close to 80 percent of any district.

Eighty percent is the court districting standard for packing.

An “influence district” is a standard recognized by the courts in which a racial or language minority is not large enough to compose a majority of a district but is still large enough to influence election outcomes.

As the election math presentation demonstrates, with a Native American population in a 45 percent range, Native American commission candidates won, often with over 60 percent of the vote.

Isaac Chavez should be commended for his work on the plans he submitted.

With a better understanding of the law and the history of districting, he has a future in demography.

After all the accusations of gerrymandering, it should be noted that under the approved redistricting Plan D, based on voter registrations, districts 1 and 5 are solid Democrat, District 4 leans Democrat and districts 2 and 3 lean Republican.

Plan D provides a competitive environment in which either party could win the leadership of the commission.

(Dave Heil, a Republican, represents District 4 on the Sandoval County Commission and serves as commission chairman. He was elected to his second term in 2020.) 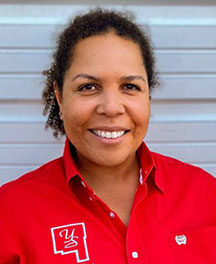 Educator: All students should learn cursive