We see a lot of dogs that were on the freeway or in areas that were obvious they weren’t living there — Kelli Mortensen, Sandoval County animal care associate

BERNALILLO — Sandoval County Animal Services is being pushed to the brink with stray animals in its care.

Kennels are well over 100 percent capacity, with approximately 25 strays — predominantly medium- and large-sized dogs, plus a couple of cats — occupying them.

The animals are typically found as strays rather than being surrendered by owners. Sandoval County Community Services Director Anne Ryan said one dog, for example, was found with non-fatal gunshot wounds in the chest and dumped on I-25.

In recent months, SCAS is finding animals all over the county, from Cuba and unincorporated Rio Rancho to Algodones and Peña Blanca.

“We see a lot of dogs that were on the freeway or in areas that were obvious they weren’t living there. And they also come in with behaviors that showed they were owned, wanting to come inside,” said Kelli Mortensen, a county animal care associate. 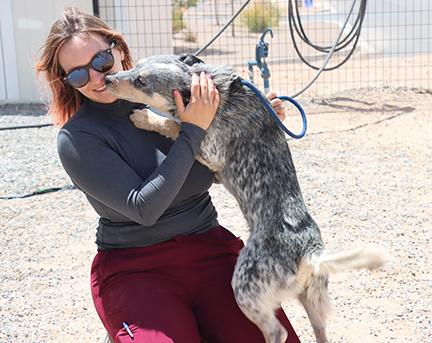 Kelli Mortensen, an animal care associate with Sandoval County, interacts with a blue heeler named Smokey on Tuesday, May 24, 2022, at the county’s temporary animal shelter in Bernalillo. (Matt Hollinshead/Observer)

Although adoptions took place during the pandemic, officials theorized last year that more people were getting out more and returning to the office amid relaxing COVID-19 restrictions and therefore couldn’t spend as much time with their pets. So, those owners gave up the pets.

Today, Ryan said circumstances like pets being displaced by the Cerro Pelado fire near Jemez Springs only compound the ongoing problem of pet owners not properly caring for the animals.

“It doesn’t help advance us with trying to lower some of these numbers,” Ryan said. “The situation with COVID, that put everybody 10 steps behind and then some. Spay and neuter (service) was put on the back-burner under COVID… The population then expanded. We don’t have a high number of rescues and shelters the way other parts of the country do, in terms of places for them to go.”

Sometimes, the county may have a puppy coming in with a tattered collar, but no microchip identification to help contact a possible owner.

Mortensen said she heard a report on Tuesday of two adult dogs and seven puppies found in the Jemez Springs area in the aftermath of the fire. She also said the county has leeway to come up with at least a temporary solution because it has jurisdiction.

“Once we get the dogs, then we’ll have to figure out a place for them to go, ideally with a foster who can take the mom and puppies, then maybe bring the dad here,” she said.

The county remains in a precarious position because of the constant influx.

“We always need to have space. We can’t say no. If there’s an ordinance violation, those animals need to be contained,” Ryan said.

Aside from continuing efforts via social media and other communication methods to get the animals into foster homes, if not permanent homes, the county’s targeting the I-25 corridor near exit 242 in Bernalillo as the location for a future shelter within the next year or two.

Ryan said she hopes the county can purchase a stretch of land in that area by late summer, adding the Sandoval County Commission already helped preserve necessary funding for the facility. 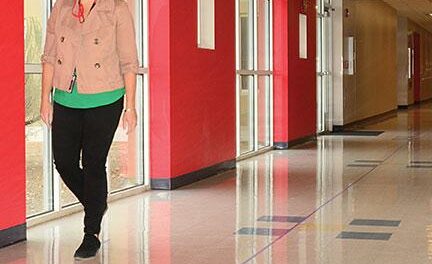