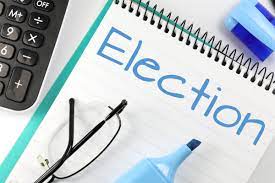 A total of 50% of likely voters surveyed last week said they would vote for Lujan Grisham, who is seeking reelection to a second four-year term, while 42% said they planned to vote for Ronchetti, a former television meteorologist who has portrayed himself as an outsider poised to bring change to New Mexico.

Of the remaining voters surveyed, 5% were undecided and 3% said they planned to vote for Libertarian candidate Karen Bedonie.

A previous Journal Poll conducted in August found Lujan Grisham with a seven-point lead over Ronchetti – 47% to 40% – and that advantage has held despite shifting national political winds and some undecided voters having made up their minds, said Brian Sanderoff, the president of Research & Polling Inc., which conducted the poll.

“We can’t really say there’s been no movement from August to October, but we’re basically back to where we started,” Sanderoff said. “The race is not over, but I’d much rather be in her position than in his.”

As in the previous poll, the new Journal Poll found Lujan Grisham’s advantage in the race was largely due to her broad support among two key blocs – female voters and Hispanics. She also had a lead among voters of all different ages, though voters under age 35 were more likely to support Lujan Grisham than older voters.

Digging into the poll, Hispanic women supported Lujan Grisham by an overwhelming margin, with 65% saying they planned to vote for the governor – or had already done so – and 29% saying they intended to support Ronchetti.

In contrast, Ronchetti had strong support among white men, with 56% expressing support for the GOP candidate and 35% saying they would back Lujan Grisham. White women were more narrowly split, but were slightly more likely to support the governor.

This year’s race is shaping up to be one of the most expensive in state history, as Lujan Grisham and Ronchetti have both raised large sums for their campaigns. As of this month, Lujan Grisham had reported raising more than $11.1 million for her reelection bid, while spending about $9.8 million of that amount. Ronchetti, for his part, has received more than $7.8 million in contributions, while spending roughly $5.3 million. But Ronchetti outraised the governor during a recent monthlong period and had more unspent money in his campaign account than Lujan Grisham.

Meanwhile, political groups affiliated with national Democratic and Republican groups have also spent hefty sums of money to launch TV ads in New Mexico, with the race viewed as one of the most competitive of the 36 gubernatorial races nationwide.

During the final 12 days until Election Day, outside groups planned to spend more than $3 million on ads backing Lujan Grisham’s campaign, according to public television network filings. The filings show planned outside ad spending on Ronchetti’s behalf is set to hit at least $1.3 million.

President Joe Biden will also visit New Mexico this week for events with Lujan Grisham – just over one week after Vice President Kamala Harris stopped in Albuquerque to attend a fundraiser with the governor and take part in a moderated discussion on reproductive rights.

Voters in the Albuquerque metro area, the north central region and the Las Cruces/southwest New Mexico area were more likely to support Lujan Grisham, while most voters surveyed in the traditionally conservative east side of the state backed Ronchetti.

The one part of the state where voters were evenly divided between the two candidates was in the northwest corner, where the GOP stronghold of San Juan County is partially offset by Democratic-leaning McKinley and Cibola counties, Sanderoff said.

As for political affiliation, the poll found Ronchetti with more support from registered Democrats – about 9% of Democratic voters said they supported him – than Lujan Grisham had among registered Republicans.

But Sanderoff said that level of support might not be enough for Ronchetti in a state in which registered Democrats far outnumber Republicans. “He needs to get more than that,” he said.

Ronchetti’s path to victory could also be made difficult by the ballot presence of Bedonie, a former Republican, who received the support of 7% of independents surveyed.

While only 3% of overall voters surveyed said they planned to vote for Bedonie, her support was higher among Republicans than among Democrats.

Educational levels were another difference-maker in the new Journal Poll, as voters who graduated from college and those with graduate degrees were much more likely to support Lujan Grisham than Ronchetti.

Voters with some college experience and those with high school degrees, in contrast, were almost evenly split between the two leading candidates.

“Usually candidates and their consultants don’t sleep well at night unless they’re over 50% of voter support,” Sanderoff said.

This year’s race has seen Lujan Grisham face criticism for high violent crime rates, her executive order allowing more than 700 inmates to be released early due to the COVID-19 pandemic and a $150,000 settlement with a former campaign spokesman.

But the governor has defended her record by highlighting an improving state economy that has seen the state unemployment rate drop to 4.2% in September, the lowest in more than a decade but still among the highest in the nation.

The last time a sitting New Mexico governor was defeated was in 1994, when incumbent Democrat Bruce King was ousted by Republican Gary Johnson. Since then, Johnson, Democrat Bill Richardson and Republican Susana Martinez have all easily won reelection to second terms.

The poll was conducted from Oct. 20 through Oct. 27. The voter sample has a margin of error of plus or minus 2.8 percentage points. The margin of error grows for subsamples. 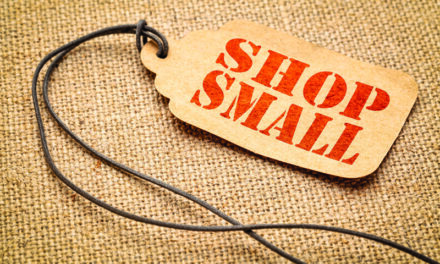 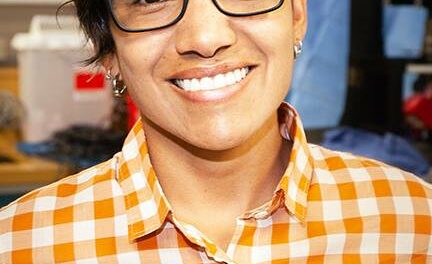 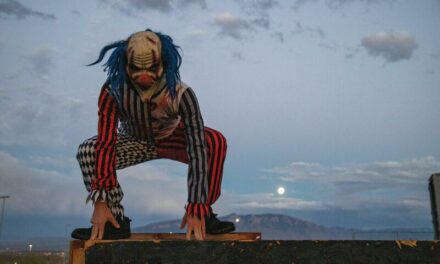