Home » News » Jail remodel on budget, ahead of schedule

Jail remodel on budget, ahead of schedule 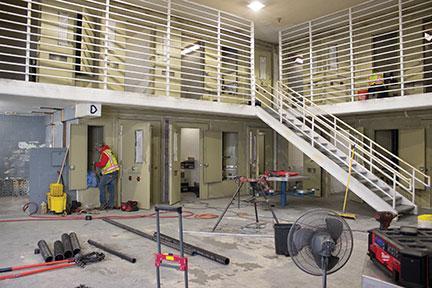 BERNALILLO — Sandoval County Detention Center renovations are six months ahead of schedule, slated to be completed in December.

The jail, built in 1988, fell into disrepair with some cell doors not locking and a few security cameras broken. Among other problems, in 2017, three inmates were able to escape within months of each other.

“For me coming into the detention center, it is huge to see improvements and the safety measures that have been put into place for our officers,” said the jail’s director, Gilbert Armendariz.

In 2018, the county hired Armendariz after allocating about $5.1 million to SCDC for renovations. The detention center is remodeling seven pods, with construction on four complete.

The pods are equipped with 360-degree high-definition high-quality cameras, and kiosks for inmates to make calls and do research with law books and other resources.

The person whom inmates call pays for a 30-minute virtual visitation. The resources available through the kiosks are free.

“Now families can actually Face Time each other with our portals and our kiosks we have in the pods, and that is huge,” Armendariz said. “And security-wise for me, it minimizes escorts. Unfortunately, if an inmate has a bad visit in person, our officers have to escort our inmate back to their pod; not to say the inmate doesn’t get mad (now) but they’re already in their pod.”

The system costs $300,000 and pays for itself through the phone calls inmates make, Armendariz said.

“I know that we are giving the tools to our officers and our inmates to succeed, to be safe, and as an administrator, that is always first and foremost on my mind. So, I am able to sleep a little bit better,” he said.

Other improvements to the jail include a body scanner, which prevents weapons, illegal substances and other prohibited items from entering the facility, increasing employee safety.

The detention center is adding tablets for guards to digitally input headcounts and other daily procedures. This allows more connectivity and accountability while reducing paperwork, Armendariz said.

“We have to move this detention center where we can utilize today’s tools to make the job easier and more safe and secure,” he said.

The jail is also ahead of schedule in seeking accreditation from the New Mexico Counties nonprofit corporation; Armendariz hopes to receive accreditation in December.

NMC will evaluate SCDC on 190 standards regarding administrative work, facilities, health of inmates and safety. This is the first time jail staff have applied for the accreditation.

The jail has also reviewed and updated policies to better suit the verbiage of those 190 standards. Armendariz brought the policies before the Sandoval County Board of Commissioners on Sept. 17.

“When you have major additions to procedures, you have to take it to the commission for approval because we did add a lot,” he said. “We were updating our manual to make it relevant to today’s detention center; obviously the detention center I came to three years is not the same detention center.”

“For me personally, (the improvements are) relieving and satisfying,” he said. 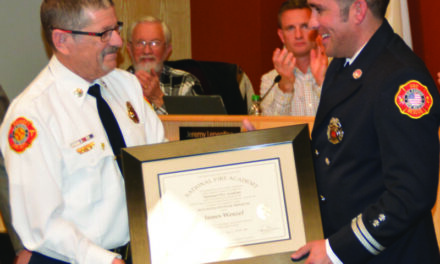 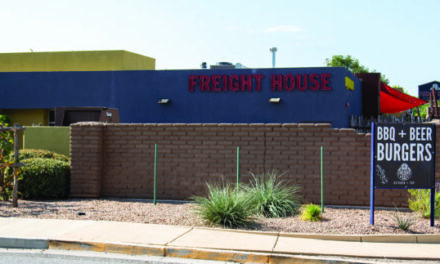 Fire weather
September 23, 2021, 2:51 am
Come as close as possible to the heart of your community.
Subscribe Today!
Rio Rancho Observer