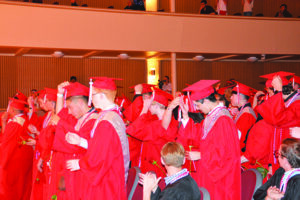 For the 85 Independence High School graduates, Monday’s commencement at Cleveland High School was the start of a new journey.

For some, it was an opportunity to show people they were wrong.

Michael Diaz admitted not everyone in his family believed in him after he dealt with personal demons.

Diaz plans to attend Central New Mexico College to pursue a career as a mortgage broker.

For others, however, while graduation means the end of one chapter, it is also the start of an uncertain future.

Maria Rodriguez’s two-year-old son Zaidyn Hart walked with his mom as she received her diploma. While she was excited to share the moment with him, she admitted she was unsure what her next steps would be.

“I have mixed emotions because I still don’t know what I’m going to do,” she said.

Although it may be unknown what will happen next, Rio Rancho Public Schools Superintendent V. Sue Cleveland may have provided an answer to some of those young men and women who are asking themselves that very question.

“You know life happens and you may not end up exactly where you are planning to go, but hopefully you will take those first steps to seek out what you can be passionate about and what truly brings you happiness in your life,” she said.

‘Her confidence really got boosted’

At the end of the ceremony, friends and family congregated outside Cleveland High School’s Concert Hall to take photos and embrace one another.

Commencement was not just for the students. It was for family and friends, too.

“I’m so proud of her,” Amanda Garcia said of her daughter Trinity Guzman.

Garcia is appreciative of the work the school did for her daughter.

“They made her feel included,” Garcia said. “They gave her motivation. Her confidence really got boosted with the staff there.”

Independence Principal Stephany Moore jokingly told the students that whenever their parents or grandparents start discussing how many miles they had to walk in the snow to get into high school, she gave them something to counter that with.

“You now have them beat,” Moore said. “You survived high school during a global pandemic.” 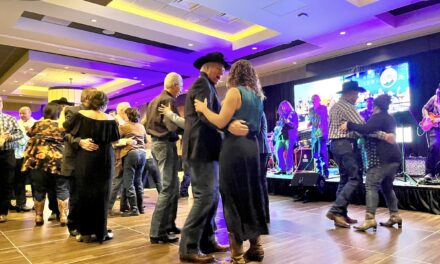 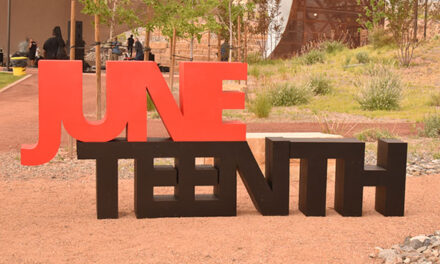