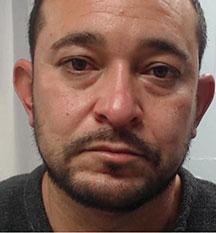 Fourteen months after a fire destroyed the iconic Club Rio Rancho clubhouse, authorities arrested a Bernalillo man.
Juan Romero, long a suspect in the case, was arrested without incident Dec. 4, said fire investigator Mark J. Torres, special agent in charge for the Office of the Superintendent of Insurance/Criminal Division in Albuquerque.
In an eight-page affidavit for arrest, filed at Sandoval County Magistrate Court, Romero, 41, was charged with arson of more than $20,000; the estimated damage to the site was pegged at $2.5 million. Romero at press time was lodged in the Sandoval County Detention Center.
The 10,000-square-foot clubhouse had been vacant for about three years at the time it was set afire before 8 p.m. Oct. 4, 2019.
Less than two weeks after the blaze, an anonymous person, later identified as Romero’s cousin Carlos Baca, told investigators Romero had climbed atop the building and set a fire on the roof. The cousin knew precisely where that fire had begun — a detail not previously released.
Prior to dousing the roof with gasoline and setting it ablaze, Romero had burglarized the building, according to his relative. Romero told investigators he was once an employee of Club Rio Rancho.
Three Club Rio Rancho sources, including former co-owner Bob Gallagher, denied that latter claim: “We have been dumbfounded about the statement he was an ex-employee of the country club … employees that have worked there for a long time say they do not know of him.”
Torres said it’s possible Romero had done landscaping there, thus was not an official Club Rio Rancho employee.
After the fire started, Romero drove back to Bernalillo to pick up Baca and a female, and returned to watch the fire. Later, cell phone records — Romero used several phones, including his wife’s and a “burner” phone — were used to pinpoint Romero as the chief suspect.
At various times while being interviewed, he suggested the property owner wanted to burn the place down for insurance purposes and/or that a homeless man (later interviewed twice and cleared) could be a suspect, according to the arrest affidavit.
Torres said he was hopeful Baca would be a good witness at Romero’s trial, which has not been set because of the pandemic.
“The witness that we have is going to be questioned about his credibility, and willing to participate,” Torres said.
Rio Rancho Police Detective Robyn Carter, state Fire Marshal Investigator Tom Henry and Paul Garcia, a special agent with the Office of Special Investigations, also played roles in the case, according to the arrest affidavit. 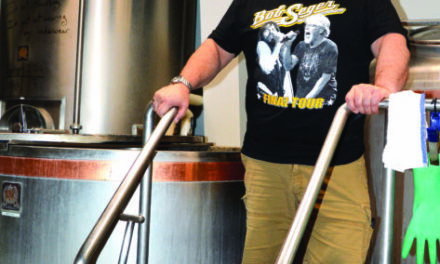 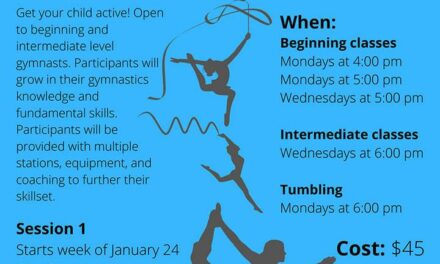