Home » Business » Instead of super-sizing, Upscale it

Instead of super-sizing, Upscale it 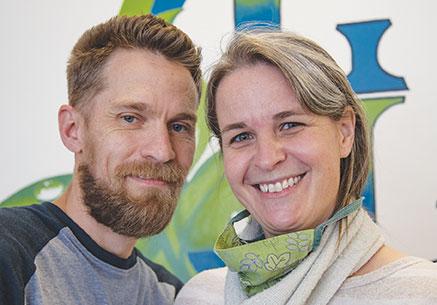 Rio Rancho residents James and Megan Garrigan own Lily and Liam Bistro and their new Upscale Burgers and Shakes at their restaurant across from Intel at 1751 NM 528, Ste. 101. Amy Byres photo.

Lily and Liam Bistro is shaking things up by launching its new virtual restaurant, Upscale Burgers and Shakes.

Through the pandemic, drive-thrus have been doing very well, say Upscale Burger and Shakes owners James and Megan Garrigan.

According to Forbes Magazine, early in the pandemic McDonald’s saw an increase in business by 90 percent.

“Fast-food places, what do you get from that? Burgers and tenders and fries. We can do that, only better; we can upscale your fast-food experience,” Megan said.

The Garrigans saw an opportunity to elevate the food people are ordering at fast-food chains while offering a dinner menu to supplement Lily and Liam’s loss of revenues due to COVID, Megan said.

“Lily and Liam had been open during the evenings as well. We were trying a dinner menu; it just wasn’t working like we thought it would,” she said.

Lily and Liam is primarily a lunch and breakfast place.

The Garrigans tracked what other businesses like theirs have done to help stay open through the pandemic. They noticed other restaurateurs opening “virtual restaurants.”

This concept allowed the couple to use the kitchen at the bistro for a restaurant branded toward a dinner crowd.

“You can think of it like a pop-up business,” Megan said.

The virtual aspect of the Upscale Burgers and Shakes mitigates the risk of opening the new restaurant.

The couple is excited to use this as an opportunity to play with a new menu and see if it could grow into a food truck.

In early December, the couple studied test groups to see how well Upscale Burgers would be received. They opened the restaurant Dec. 16.

“Hopefully, now with the holidays behind us and word about Upscale starting to get out, we will continue to see steady growth,” she said. 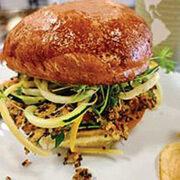 Upscale Burgers and Shakes’ Burger Brie is made with melted brie, bacon and onion relish, microgreens, arugula and bell peppers, and served with chips and jicama melon slaw. Photo courtesy of Upscale’s Instagram.

The ingredients used for Upscale Burgers and Shakes are held to the same standards as ingredients for the organic-based bistro.

“We grind short-rib, sirloin and ground chuck to make our own special blend, and then we make our own buns, which are like a butter brioche, so everything is fresh,” James said.

He’s a fan of their chocolate shakes made with homemade dark-chocolate ganache; she prefers their berry shake.

Customers can order online for delivery and pickup through DoorDash. People can also order pick-up on the restaurant website, upscaleburgers.com.

For more information, call Upscale Burgers and Shakes at 340-3309 or search for the virtual restaurant’s name on Facebook. 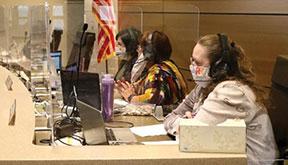 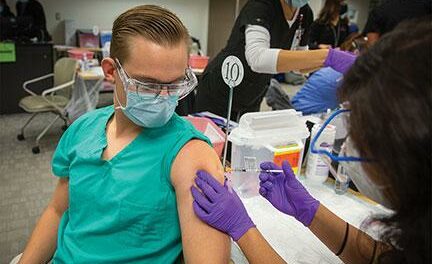 Fire weather
August 2, 2021, 2:08 pm
Come as close as possible to the heart of your community.
Subscribe Today!
Rio Rancho Observer