Home » Columns » Insight: Manager decision could be most important

Insight: Manager decision could be most important 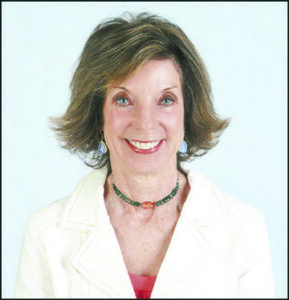 One former City of Rio Rancho staffer said to me recently that selecting a new city manager is the most important decision a mayor and council can make.
Rio Rancho has been without a permanent city manager since Keith Riesberg left in 2018. His replacement only stayed a matter of months. But the long search for a replacement could be nearing an end.
Mayor Gregg Hull has nominated city development director Matt Geisel for the vacant city manager post. Geisel has no experience as a city manager, though he has filled other city roles over the last several years and is now being enthusiastically supported by Rio Rancho’s development and civic communities.
The mayor’s nomination is set for a governing body confirmation vote April 22.
Rio Rancho, almost since its inception, has had a council/manager form of city government. The linchpin is a schooled and experienced city management professional who can bring a fresh perspective to the city’s goals and challenges.
A new figure can shake up the status quo. That in turn can be disconcerting to elected officials and city staff, who generally value predictability in their job tenure.
Geisel’s confirmation would provide that predictability and establish a new “home-grown” city manager paradigm.
Gregg Hull is the best mayor I’ve seen in the 18 years I’ve lived in Rio Rancho. He has formed a governing coalition that empowers staff to do their best work and enjoys the support of many local business and community leaders.
It would be tempting to continue giving him possibly the strongest single deciding voice in city government.
Conversely, that could continue what some observers view as a small group of insiders running the city. At the very least, it could upset the political/professional balance in our city charter mandate for separate powers.
Significantly, it seems that no external candidate stands out as a strong city manager choice. It’s generally agreed that the search process yielded an applicant pool that’s weak at best.
I’m wondering why a recruiting firm was not used in this last round of candidate screening.
Parenthetically, the City of Las Cruces in its own 2020 city manager search had a community advisory board to help screen the candidates.
Rio Rancho did not, nor did they even do in-person interviews.
All things considered, did the city get the choice it wanted all along?
Re-imagining leadership roles can be invigorating for an organization. Or it can be an end run around the rules of the game.
The question facing councilors who take their “advise and consent” role seriously is: What choice will best serve the residents of Rio Rancho? And are any (let alone a majority of four) doubtful city councilors willing to swim against the tide at substantial political risk to themselves?
It’s said to be a close call. And it will likely impact Rio Rancho’s future for years to come.
(Cheryl Everett is a Rio Rancho resident and former city councilor.)

Fire weather
May 10, 2021, 1:20 am
Come as close as possible to the heart of your community.
Subscribe Today!
error: Content is protected !!