Howard Lewis once wanted to be an engineer; he’s getting close

Howard Lewis and Janet Penelvope live in Rio Rancho and enjoy their time as volunteers on AT&SF engine 2926. (Herron photo)

The annual open houses attract hundreds of “trainiacs” as well as curious visitors, wanting a glimpse of transportation’s past. (Gary Herron/Observer)

IF YOU WANT TO GO:

ALBUQUERQUE— A lifetime ago, Howard Lewis of Rio Rancho still remembers climbing aboard an old steam locomotive at Coronado Park, as many kids growing up in the Duke City enjoyed doing.

Lewis even recalls wanting to be a train engineer as a youngster, as many boys of that mid-20th century did.

“I’ve been a train fan my whole life,” Lewis said, remembering family trips out of and back to Albuquerque on the famed Super Chief, and his father taking him down to Belen and standing on the Reinken Overpass, watching trains working in the yard.

Flash ahead to 2022, and that old steam engine, known as AT&SF 2926, has been undergoing restoration efforts for more than two decades and he’s still enjoying it – as a volunteer of the New Mexico Steam Locomotive & Railroad Historical Society.

“I wasn’t the type to be inside and clean,” he joked. “I have enough projects until I’m 109. I build cars for fun. I’m a structural ironworker.

“My wife says I’m still a 12-year-old kid,” Lewis said one recent morning before doing some work on 2926, classified in “railroadese” as a 4-8-4 (check the wheel alignment) at its Albuquerque site, which will be wall-to-wall people Saturday when the annual open house takes place.

Not a lot of people get a close-up look at a steam locomotive, a virtual relic of the past, these days, other than those who have ridden the narrow-gauge Cumbres & Toltec Scenic Railroad and/or the Durango & Silverton Railroad in northern New Mexico and southwest Colorado, respectively.

The 2926 dwarfs those steam engines, one of 30 such 2900 class locomotives delivered to the AT&SF in 1944. This one, which weighs more than 500,000 lbs., was put into use hauling freight between Kansas City and Clovis, N.M. There’s a story at the 2926 site about an engineer who once had this beast exceeding 100 mph on the run between Clovis and Belen.

Ol’ 2926 put on more than a million miles before being retired in December 1953, donated to the City of Albuquerque and placed on display at Coronado Park in 1956. Only five other 2900s exist, with 2926 the only one in operating condition.

Coronado Park is where Lewis’s earliest memory of 2926 begins, but he’s probably having more fun on it now.

A 1974 graduate of Sandia High School, he spent 35 years as a union ironworker, so welding and other tasks around 2926 come easily.

“I help them build things, weld a lot, fabricate,” he said. “These guys are incredibly smart.”

These “guys” number about 70, and include several women. These volunteers, found at the site Wednesday and Saturday mornings year ’round, come from all walks of life: former policemen, a minister, an astronomer, a water engineer, a nuclear engineer, a letter carrier, teachers, and at one time a 2926 fireman – the guy who shovels the coal that feeds the steam engine.

Finding the countless parts needed to rebuild a working steam engine wasn’t easily found eight decades after they were built. You can’t find what you need on eBay or Craigslist, so fabrication is often the name of the game.

“You often meet people who aren’t so smart and know how to use tools,” Lewis said.

Nine of his ironworker years were spent in San Diego. He met his wife on a “fix-up,” married her in 1994 and moved around a bit, including residences in Kentucky and Wisconsin. Brenda had been working for Intel in Phoenix and was transferred to its plant in Rio Rancho.

He doesn’t recall exactly how he learned about the restoration of 2926, but once he did, he thought, “This could be pretty cool to work on.”

“Here, everybody’s welcome. There’s something for everybody to do, you’ve just got to want to do it,” he said. “Busy hands are happy hands.”

At Saturday’s open house, you’ll not only be able to get up close and personal with 2926, but also climb into the cab, enjoy complementary hot dogs and drinks, see model train layouts, check out historical military and other vehicles, chat with the volunteers on hand, and enjoy music provided by the “Territorial Brass Band,” “Olde and In the Way” and “Los Radiators.” 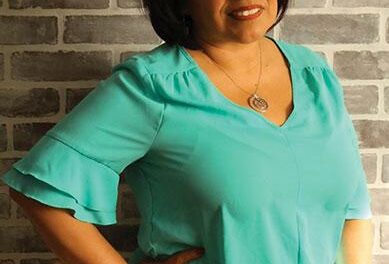 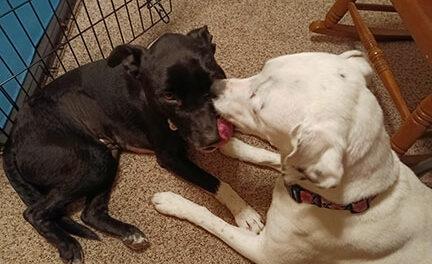 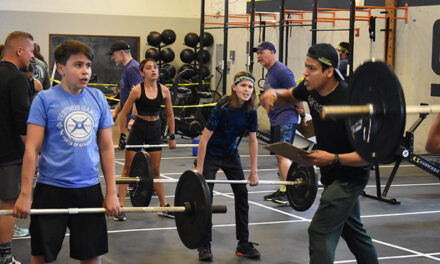 A Festivus for the rest of us: Rio Rancho style