This rendering shows the proposed Toot ‘n Totum convenience store and gas station, which would offer drive-thru service in the store portion, on the corner of Westside and Unser boulevards, in the Cabezon subdivision. Courtesy rendering.

After listening to more than two hours of heated comments, the Rio Rancho Governing Body sent the question of whether to allow a gas station at the edge of the Cabezon subdivision back to the city Planning and Zoning Board for additional review.

The property in question is a 12-acre lot on the northeast corner of Unser and Westside boulevards. The back of the residential properties abuts the commercial land.

It was zoned for retail commercial use in 2004, when city ordinance permitted convenience stores in retail lots automatically but dispensing fuel required a conditional-use permit, said Development Director Amy Rincon.

In 2010, City Manager Matt Geisel said, city ordinance changed to make dispensing fuel automatically permitted on retail land. He said Rincon decided it was best to honor the ordinance in place when the land was zoned for retail, so Toot ‘n Totum had to seek a conditional-use permit.

Homeowner Jason Foster, one of the people appealing, said he was concerned about noise and pollution of water and air. He said the Toot ‘n Totum underground gas tanks would be 275 feet from an arroyo and 1,100 feet from Well 17, the city’s highest-producing drinking-water well, and the high-risk zone for pollution is 1,000 feet from a well.

“Ask yourself, what is the cumulative effects of these vapors?” he said.

Being a police officer, he was also concerned aggressive drivers would cause wrecks, and thus gas spills, with semi-trucks entering the property.

“The FBI lists gas stations and convenience stores as numbers 4 and 5 for crimes,” said Foster, who’s worried about safety.

Several other nearby homeowners also spoke against allowing the gas station.

Angela Williamson, president of Modulus Architects and Land Use Planning in Albuquerque and representative for Toot ‘n Totum, said the convenience store chain supports the community through things such as youth sports sponsorships and food drives. She said the company also partners with the police in Amarillo, Texas, where it began in 1950, to decrease crime in its stores.

“Toot ‘n Totum stores are champions of their communities,” she said.

Her plans include a 25-foot landscape buffer between the homes and the parking lot, more than twice the city requirement of 10 feet.

Addressing pollution, she said the double-walled gas tanks would have the most up-to-date monitoring and safety system to prevent spills and control vapors, and the site would be built under the U.S. Environmental Protection Agency’s 2021 standards for fuel delivery.

Williamson said that because no studies on escaping gasoline vapors exist for facilities built to 2021 standards, Toot ‘n Totum did its own study and found that none of the 100,000 simulations of fuel pumping exceeded the excess risk management level of 1 in 1 million.

“There is an abundance of safeguards in place for the employees, consumers and the community as a whole,” she said.

City studies show a need for retail opportunities in the neighborhood, and the store would meet those needs, she said.

Responding to questions from governing body members, Rincon said the city requires traffic studies when a company applies for a building permit, not with a conditional use permit. If a study showed traffic to a business would overwhelm the existing road, there was generally a way to expand the road to fix the problem, she said.

With health and safety, Rincon said experts in city departments were asked about proposed development, and planning and zoning staff and board members rely on those opinions.

City Councilor Paul Wymer said he wanted more time to review all of the information.

“I don’t think I have enough facts to make a decision one way or the other,” he said.

In the end, governing body members voted 5-1 to have the P&Z board reconsider the matter with new information. Councilor Dan Stoddard cast the dissenting vote.

Stoddard said that with all of the other gas stations in town, he thought the city would know if they had caused environmental problems, but he hadn’t heard of any.

“We have a growing community and there is a need for what (Toot ‘n Totum is) offering, and there’s never going to be a perfect place for any development that come to people worrying about EPA and water and everything else,” he said.

On the second appeal, the governing body voted to deny it because the issue would already be addressed by the remand of the first appeal. City Councilor Karissa Culbreath voted against the denial, while Wymer, Councilors Jeremy Lenentine and Jim Owen, and Mayor Gregg Hull voted for the denial.

Stoddard and Councilor Bob Tyler had been participating remotely, but lost the internet connection before the vote, which gave Hull a chance to vote. 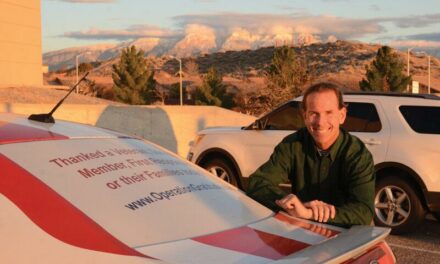 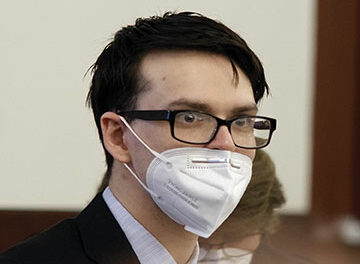