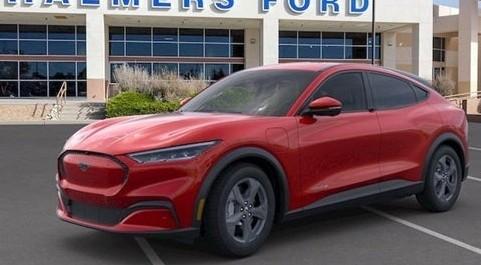 Electric vehicle sales are getting a boost from high gas prices.

Along with other Ford Motor Co. dealerships, Chalmers Ford in Rio Rancho is among them.

The main CO2 emission issue comes from vehicles, which use fossil fuels to work. Partly as a result, companies are starting to produce more electric modes of transportation. 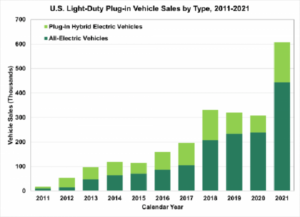 According to Chalmers Sales Manager, Eric Adelsperger, the dealership has sold quite a few electric vehicles. Their most popular model right now is the Mustang Mach-E. Chalmers also expects to sell a batch of Ford F-150 Lightnings in the coming months.

“No one has returned a vehicle yet,” Adelsperger said.

According to Industry Tracker, Ford sold 117,497 electric vehicles nationally in 2021, which puts them behind other manufacturers in sales of electric vehicles. At the beginning of 2022, Ford vowed to change that.

“Ford intends to increase investments in electric vehicles to $11 billion by 2022 and have 40 fully electric and hybrid cars in its model lineup,” Ford’s mission statement said.

There are several manufacturing companies with the same message.

One of the hottest brands today is Tesla Motors, an Austin-based, all electric vehicle producing company and the worldwide leader in EV sales. Tesla’s most affordable model, the Model 3, rings in at $46,990. On the higher end, their Model X comes with a heftier price of $120,990.

At the same time, the rest of the industry suffered a 21 percent dip in sales during the second quarter. Electric car prices shot up to $45,844 as inflation took hold, auto industry researcher J.D. Power said.

Indeed, the company in a recent report noted that Americans are more likely than ever to consider buying a fully electric vehicle because of the new models that are coming out.

“The percentage of shoppers who say they are ‘very likely’ to consider an EV for their next purchase or lease climbs to 24%, four percentage points higher than a year ago,” J.D. Power said in the report. “Several factors are at work in prompting the increase, but the introduction of new electric models — some of which are in an important and largely untapped segment such as pickup trucks— is a primary reason for the increased consumer interest.”

Teslas, however, are still wildly popular. New Mexico’s Tesla Owner Club has more than 600 members. The club operates out of Santa Fe and has members all over the state who meet virtually.

“For people who live in New Mexico and who own Tesla electric cars and want to exchange tips, stories, news, know-how, techniques, ideas for great scenic drives in NM, etc.  Also, if you’re thinking of getting a Tesla and want to find out more from folks who already own one, you’re welcome too,” the club said in its mission statement.

Some other well known brands are starting to produce more successful electric and hybrid options.

For example, Volvo sells the hybrid XC90, which is one of its more popular models. Volvo plans to release fully electric models at the end of this year starting with the XC40 and C40 Recharge models. Volvo tends to hit the high end with it’s prices. Its least expensive hybrid is $53,500.

Here are some other affordable brands.

Environmental Department Policy Coordinator Claudia Borchert is in the market for an EV.

“I am trying to find a vehicle that will work not just for day-to-day use, but also my love of outdoor activities,” Borchert said.

She said she worries about the durability of the new EV models, because people tend to be hard on their vehicles.

Another of the main concerns among potential EV buyers is where they will charge it. New Mexico has more than 170 charging stations for public use, mostly in the Albuquerque and Rio Rancho areas.

The governor’s office has invested $38 million into getting more charging stations at least every 50 miles.

“We are working on improving everyone’s quality of life. More access to charging stations can help with that,”Gov. Michelle Lujan Grisham said.

Electric Vehicle Charging Stations near you 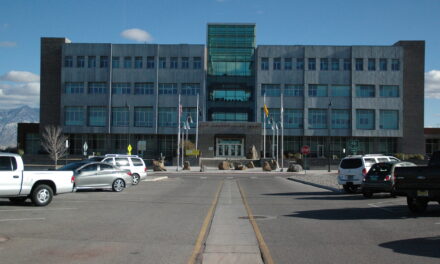 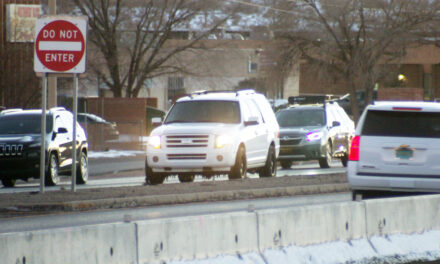