Construction on Joe Harris Elementary is on schedule and on budget, members of the Rio Rancho Public Schools Board of Education heard Monday evening, and now the new school in Unit 10 has a mascot and school colors.

With respect to the school’s namesake, the late Deputy Joe Harris, and his beloved “Kasey Says” golden retriever Harley, the mascot will be the Retrievers; the school colors will be gold and navy.

The school’s first principal, Trent Heffner, told the board he was happy with the school’s colors, being that he’s a Notre Dame fan and those are the Fighting Irish’s colors.

Facilities Department Executive Director Melanie Archibeque told the board there have been very few change orders, although the playground will be of grass rather than turf.

Archibeque also informed the board that the district’s other new school being built, Shining Stars Preschool, is on schedule and on budget, with furniture in the process of being ordered. It, too, will be open for students next August.

The main order of business Monday was an explanation of how student transfers affect student population and revenue from the state.

Board member Wynne Coleman, concerned about overcrowding in some of the district’s schools, had asked for numbers from Chief Operations Officer Mike Baker and Executive Director of Student Services Tonna Burgos. They showed that RRPS had 596 student transfers (186 children of RRPS staffers and 410 other students) in the 2018-19 school year and 549 student transfers (162 and 387, respectively) for the current school year.

Funding received by the district for the 2018-19 school year, for those transfers only, amounted to more than $5 million, with revenue for this year’s transfers not received yet.

Most of the transfers (more than 140 each year) were at Cleveland High School, which is overcrowded, but would get $2 million for additional classrooms (as would Rio Rancho High School) from the bond issue on the ballot in Nov. 5, if voters approve it.

Because of RRPS’s reputation, parents from outside the district often want their children to attend schools in the district. Staff members, often wanting their own children closer to them or at the school they teach in, have always been offered that opportunity, Superintendent Sue Cleveland said.

It was noted that no transfers are being accepted at two RRPS schools, Martin Luther King Jr. Elementary and Lincoln Middle School, which are “full.”

“(Overcrowded classrooms) is the No. 1 complaint that we get,” noted board member Ramon Montaño.

Without the transfers, Baker noted, the district would lose that $5 million each year. He also said that with the new career-tech high school coming online in a few years, combined with flat enrollment expected to continue, overcrowding at CHS and RRHS would probably be alleviated and the revenue vs. overcrowding “could be a wash.”

In other matters coming before the board:

• A parent of a kindergartner at Rio Rancho Elementary, and her school bus-driving (in Gallup) mother, told the board of their concerns about transportation, after the youngster had been dropped off at the wrong location one time and had two other transportation issues;

• An agreement with Westside Glass to continue fixing/replacing damaged windows was approved; and

COVID-19 hospitalizations in NM down to 38 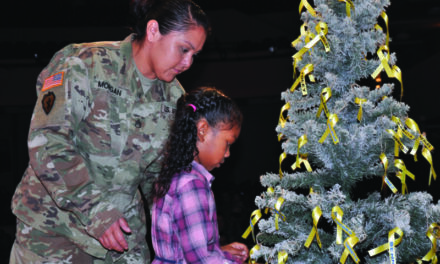