Ham’s the choice for L.A. Lakers

The Los Angeles Lakers recently announced a new head coach, and that man’s name should be a familiar one to anyone who watched the New Mexico Thunderbirds in their lone D-League season (2010-11) at what was then called Santa Ana Star Center.
“Our players and fans will immediately identify with Darvin’s no-nonsense and hard-working approach, which we feel will bring toughness and a competitive edge to all we do,” Lakers GM Rob Pelinka said in a statement released by the team.
Ham, 48, is getting his first head coaching job as the 28th coach in Lakers history. He was an assistant with the Milwaukee Bucks since 2018, playing a significant role in their run to the 2021 NBA title.
Ham will replace Frank Vogel, fired one day after the Lakers wrapped up one of the most disappointing seasons in NBA history by going 33-49 and missing the playoffs. Ham, the 24th Lakers head coach since they’ve been in the Los Angeles era, is the seventh coach of the team since Phil Jackson retired in 2012.
The Lakers flopped despite another impressive season from LeBron James, who welcomed his new coach on social media even before the move was publicly announced, according to nba.com.
James tweeted, “Congrats and welcome Coach DHam!!”
Ham will be the 15th Black coach currently in the NBA, the most ever at one time.
Ham played eight seasons in the NBA and won a championship with the Detroit Pistons in 2004 before moving into coaching in 2008. The Michigan native played collegiately at Texas Tech.
The Thunderbirds were 20-30 in Ham’s stint as head coach; after the ‘10-11 season, the franchise moved to Canton, Ohio, and became known as the Charge.

Darvin Ham meets the media after he was named the T-Birds coach for the 2010-11 season. (Herron photo) 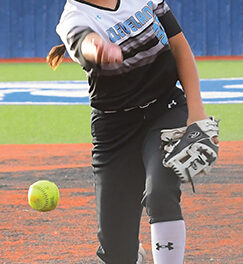 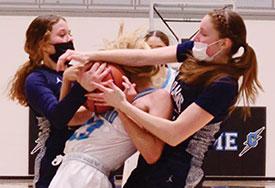