Guest Column: Warning signs of suicide not always there 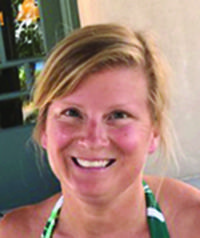 Warning signs not always there before suicides.

As we enter National Suicide Prevention week, today through Saturday, the 12th, I’m reminded of the warning signs of suicide ingrained in our heads in high school health class and media like mid-1980s Tuesday Night Movies on network television.

The big one was someone giving away a personal possession.

But when my younger sister Denise died by suicide just two weeks before turning 18 and two months before her high school graduation in 1993, she didn’t show any warning signs I’d been taught. At the time I kept thinking, “But she didn’t give anything away.”

In fact, it was just the opposite — everyone thought she was doing really well.

The night before she died, she was talking about getting her housing set up for college in the fall, and she had been less frequently seeing her therapist after a suicide attempt several months before.

As I processed her death in the years that went by, it wasn’t about time healing anything so much as it was my turning over the rocks of my memories and beginning to see what was different.

No one understood then that she was coming out of her depression and had the energy to follow through with ending her life.

While depression manifests itself in multiple ways, it usually saps someone of the energy to follow through with something like killing himself or herself. When the dark cloud begins to lift, the energy starts to come back.

As people see a loved one start to function more like the person they love, they tend to back off on worry. The reality is that the person needs to be watched more closely.

We also began to believe she had made up her mind to end her life at some point, maybe even months, before she died. I imagine she thought, after bulimia, depression and date rape, that she could live 60 more days, not 60 more years.

I won’t say it’s always easy to see everything in the rearview mirror because I know too many people who can’t see what’s behind them.

But after writing extensively about suicide and suicide grief; earning a doctorate in family studies from the University of New Mexico; traveling the world educating people on suicide prevention and grief; and being elected president of the American Association of Suicidology, I have heard enough stories, while also reflecting on my own, of how we can be aware that someone is suicidal.

Talking about suicide, a change in behavior and a previous suicide attempt are warning signs of suicide. And not telling someone we’re worried about them or being afraid to ask if they’re suicidal are mistakes.

My sister didn’t mean to hurt us with her death, but in ending her pain, life became more challenging for the rest of us as we sought peace and hope, a place that takes work to find.

If you are worried about yourself or someone you care about, please call the National Lifeline at 1-800-273-8255.

(Michelle Rusk, Ph.D., the wife of Cleveland High girls soccer coach and Spanish teacher Greg Rusk, is an international speaker and author. She has written 10 books ranging from suicide grief to fiction. She also creates vintage-inspired handbags, apparel and home decor with her brand, Chelle Summer.)

Our view: Stop the divide and unite RR 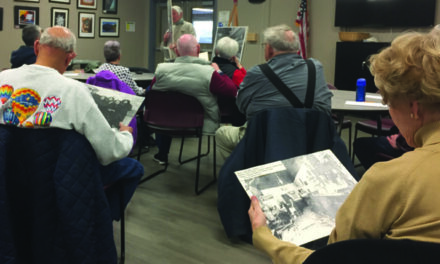 Fire weather
September 27, 2021, 10:49 am
Come as close as possible to the heart of your community.
Subscribe Today!
Rio Rancho Observer