Home » Columns » GUEST COLUMN: Statues may change, but history does not 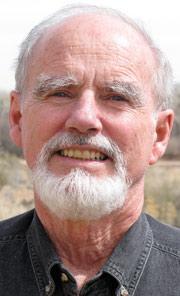 Let’s think about this destruction of statues of iconic persons and the renaming of schools, etc.

I’ll start with the most sensitive subject currently in New Mexico, Juan de Oñate. He was a religious and jingoistic fanatic.

His ruthless wars against Native Americans resulted in him being recalled from New Mexico. Spain accused him of what we would today call “war crimes” and then, not surprisingly, acquitted him.

But such villainy has not stopped people centuries later from erecting statues of Oñate, or from naming schools, businesses, historical sites and national forests after Coronado.

We could say the same for statues erected after the Civil War and for 11 U.S. military posts named for Confederate generals who committed treason against the United States and sought to preserve a slave culture.

Notice I mentioned Confederate generals, not common soldiers. As a draftee infantryman in 1969 in the Vietnam War, which I had reservations about, I can appreciate the peer pressure, limited knowledge of history and cultural milieu imprinted on the common soldier of any side in warfare throughout history.

Many Confederate as well Union soldiers were caught up in the same predicament. So were some European colonizers.

Back to the statues. Oñate and Coronado were castigated by Spain and much of its populace. However, they are honored centuries later by Americans who don’t understand history. Or don’t care.

This is going on in the Amazon and elsewhere today. It has occurred throughout history because of a so-called “doctrine of discovery,” which insists that rulers of developed countries have a right to do whatever they want in extracting wealth and conquering people of less developed countries.

Many, probably most, of today’s statues of individuals are propaganda. Almost all such statues idealize their subjects with heroic figures riding horses.

Such statues are not intended to educate us about history. They are to glamorize disrespectable history, such as the defeat of American Indians in “manifest destiny,” and/or intimidate others, such as African-Americans in the Confederacy’s “lost cause” legend.

Such statues portray an alternate version of history that some people prefer to believe.

Now these statues are being criticized or torn down — not to destroy history, but to set the record straight and end a secular kind of idol worship.

Unfortunately, peaceful demonstrations against statues too often morph into ugly mob rule. They’re often hijacked by outsiders, but more frequently, suffer from a lack of discipline among protesters who want change.

Where is the practice of effecting change through seeking truth peacefully, as through Mahatma Gandhi’s “satyagraha,” or the leadership of Martin Luther King Jr.?

Campaigns against enshrining villains as heroes are a worthy cause.

Such campaigns would be more acceptable if protesters could substitute nonviolence, unity and peaceful pursuit of truth without the counterproductive uproars of hate, resentment and anger.

(Dennis Herrick lives in Rio Rancho. He is author of the historical novel “Winter of the Metal People: The Untold Story of America’s First Indian War,” about the Coronado expedition of 1540-42.)

Fire weather
April 23, 2021, 3:06 am
Come as close as possible to the heart of your community.
Subscribe Today!
error: Content is protected !!